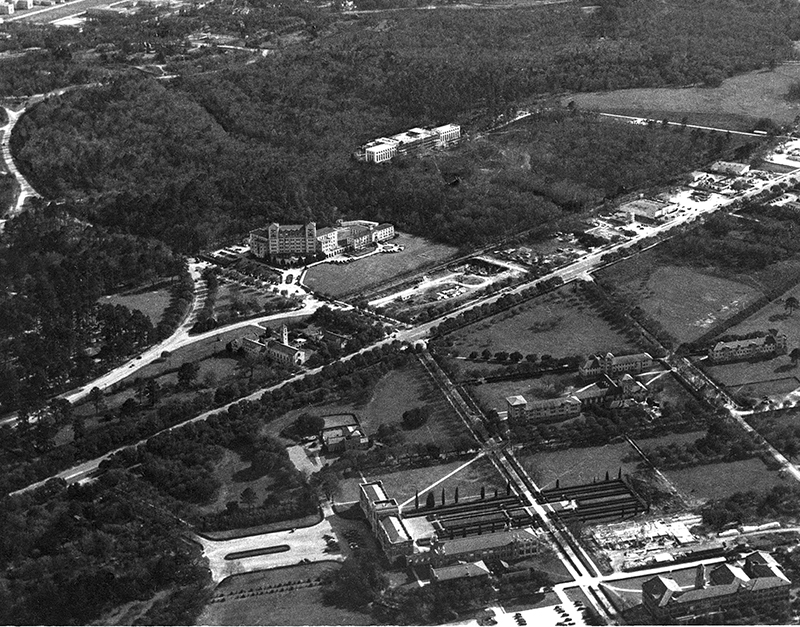 To modern eyes, the Texas Medical Center looks minuscule in 1947 compared to the immense developments and new institutions that have been built over the past 70 years. In 1936, Monroe D. Anderson and Col. William Bates signed a trust creating the M.D. Anderson Foundation and, just five years later, the Texas Legislature approved an act appropriating $500,000 for the establishment of a state cancer hospital and research facility under the control and management of The University of Texas, according to the Houston Chamber of Commerce’s Texas Medical Center — Its Origins. In 1947, Baylor University College of Medicine also was still working on its home in Houston.