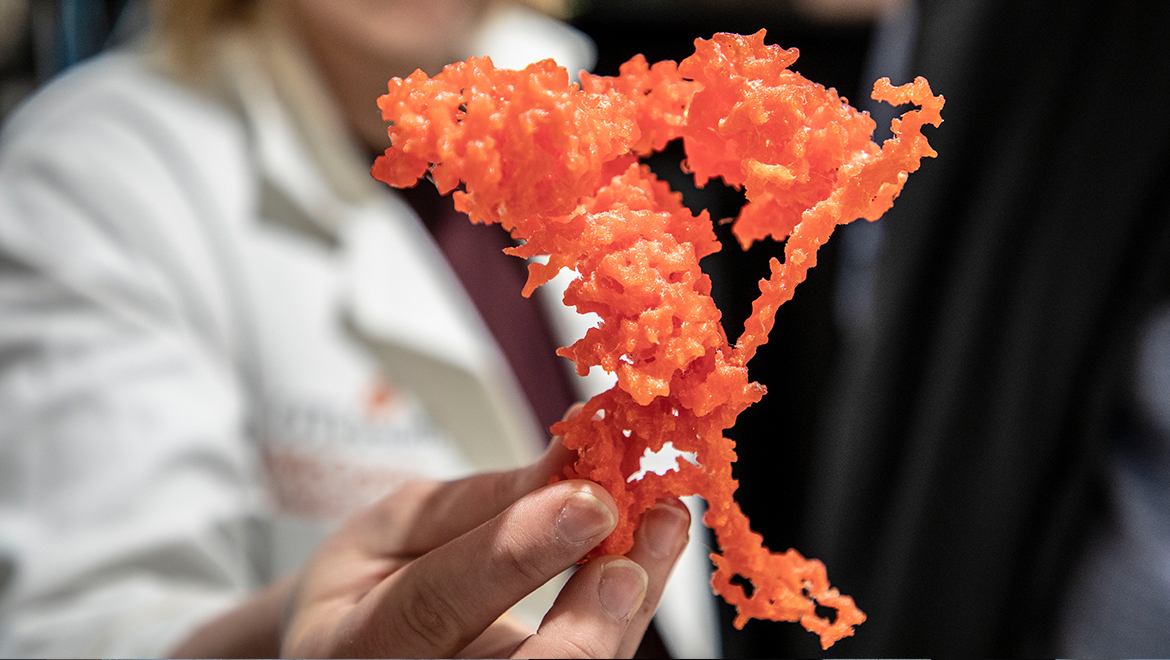 Precise regulation of cell calcium levels is essential to health. The body tightly controls the calcium homeostasis that is maintained by specialized transport proteins known as ion channels and transporters.

A new UTHealth study pinpoints one of these ion channels – inositol 1,4,5-trisphospghate receptor (IP3R) that is found in virtually all cell types. Through the use of electron cryo-microscopy (cryo-EM), Irina Serysheva, PhD, associate professor of biochemistry and molecular biology, and her lab are the first to reveal the 3D architecture of this ubiquitous calcium channel (published in Nature 2015) and in their current study bring to light how IP3R works (published in Cell Research – Nature publishing Group, 2018).

Discovered in early 1980s, IP3R proteins have been extensively studied by multiple research groups around the world. These studies clearly showed that this protein does a lot of work in the human body. “Overall, IP3Rs are capable of decoding a variety of cellular stimuli, such as light, hormones, neurotransmitters, growth factor, etc., into markedly different cellular actions, ranging from contraction to secretion, from proliferation to cell death. Our ability to learn and memorize also depends on this protein function,” Serysheva explained. “However, it is not clear how it works and what is the molecular basis for its signal detection and calcium transport”.

In order to reveal the 3D structure of IP3R, Serysheva and her colleagues utilized cryo-EM. Invented in the mid 1970s, cryo-EM technology initially evolved slowly and took a giant leap a few years ago due dramatic technical advances in both instrumentation and image processing software. Today, cryo-EM is capable of generating 3D structures of individual proteins and complexes of great biological relevance at the atomic level.

“By flash-freezing proteins in their natural environments, researchers can capture snapshots of thousands of biological molecules, not only to reveal how they are built, but also to create stop-action movies in order to understand how they carry out their work, ” said Mariah Baker, PhD, assistant professor of biochemistry and molecular biology.

“Our findings have moved the entire field of IP3R channel forward by uncovering the dynamic nature of the IP3R protein,” Baker said.

“Because of our research, we understand this protein better, structurally how it is arranged, and how the modules talk to each other,” Serysheva added. “This study broke longstanding concepts about structure-function of this ion channel.”

While the motivation for this study was rooted in basic science, the findings could have major translational implications given that IP3Rs may work as possible therapeutic targets to help people with neurodegenerative disorders such as Alzheimer’s and Parkinson’s diseases, Huntington disease, AIDS, and cancer, Serysheva said.

Despite their recent advances, Serysheva said there is still more work to be done on IP3Rs. “Now we want to look at it in cellular context, see what it does there and how it specifically interacts with its more than 100 binding partners. We would like to understand how these interactions are perturbed in a multiple disease states. Today, cryo-EM technology offers unprecedented imaging capabilities to address these questions,” she said.