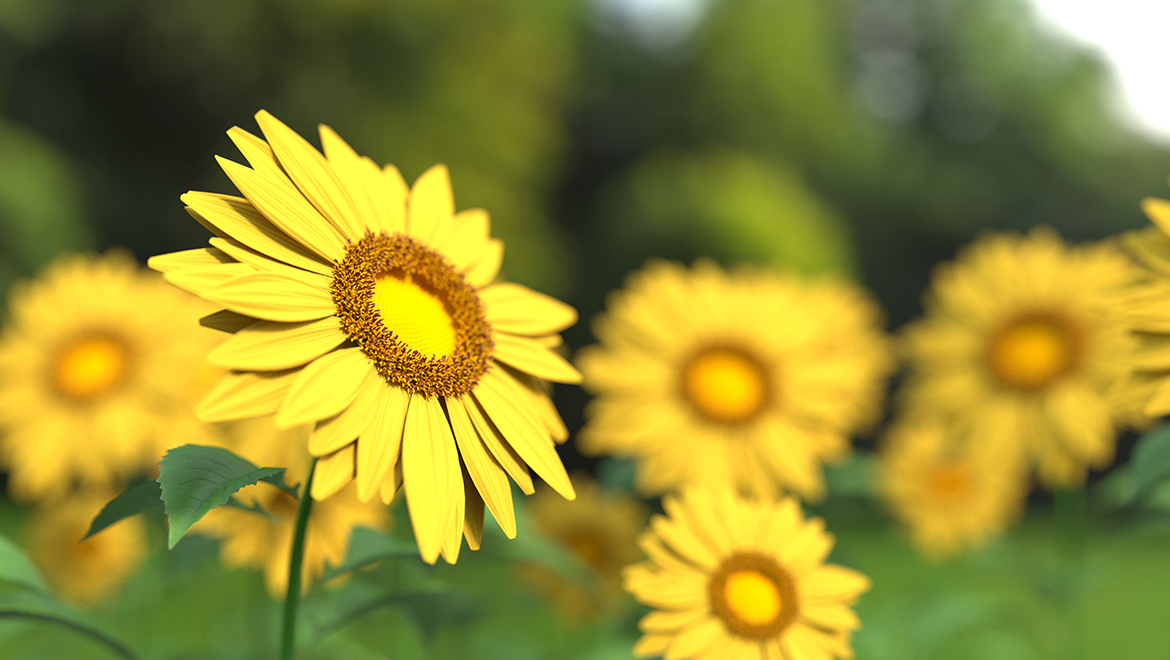 Sylvia Villarreal MEd, MPH, project manager of the Sacred Vocation Program at McGovern Center for Humanities and Ethics, is the winner of the Annals of Internal Medicine’s 2018 Poetry Prize for the best poem published throughout the year.

Villarreal wrote her poem titled “Provisions” about an encounter that she had with a woman at a grocery store. What started as a normal, everyday trip to the grocery store, turned into an event that stuck with her for years, before one day finding the inspiration to write down what had happened.

I spot you first in floral, reaching past purple gladiolas
And petite roses to score a sassy bunch of sunflowers.
On to bakery to claim a glossy cake – your daughter’s
Favorite, I overhear – announcing her name in yellow icing.

Villarreal began writing at a young age, concentrating mostly on poetry, but also branching out into essays. She said she enjoys writing about the core traits that people possess to get them through whatever difficult situations life may throw at them.

“I’ve always been a writer, since I was a tiny kid,” Villarreal says. “It’s just something I do. It’s just part of me. I think it’s just kind of part of my DNA to write poetry.”

Our carts cross again in produce, where, over dusky eggplants
And delicate lettuces, we exchange a glancing smile – a nod
To roles and rituals, we keepers of the celebration even after
Decades have distanced us from our homegrown progeny.

Villarreal is no stranger to having her works published. Alongside a friend who contributed paintings, Villarreal self-published a book of essays, exploring different themes such as aging, courage, and solitude. She’s had numerous other poems published, including “Coming Clean,” a poem written about proper handwashing which was published in JAMA.

“I showed this poem (Provisions) to a friend, who is a writer and a colleague, and he encouraged me that it didn’t need a lot of work,” Villarreal recalled. “He made a few small editorial changes, and I sent it off to the Annals of Internal Medicine. When I got the note back from the editor, I was really surprised, because he said ‘Oh, thank you, thank you. I wept at the beauty of this poem.’ Receiving a reaction like that to me was like already winning a prize that day.”

The final sighting at checkout, where I grin as you fasten
Three roiling balloons to your basket. You chat with
The checker, offer the bagger an encouraging aside –
Something about perseverance, the doors it can open.

The editor was not the only person to take note of Villarreal’s poem, however. Annals published the poem in April 2018, and she received a phone call nearly a year later to let her know she had won the prize. The poem was selected by Daniel Bosch of Emory University, Jack Coulehan, MD, of Stony Brook, and Abigail Zuger, MD, from the New York Times as the best poem published for the 2018 Annals Poetry Prize.

”I felt like one of those people at the Oscars,” Villarreal said after receiving the phone call. “I was just gushing you know. It’s thrilling to have your work held up with other tremendously respected poets and then judged in that manner. I had no idea there was an annual poetry prize, let alone that I was in contention for it, so it was really a total surprise and is such a lovely thing.”

The ‘I Love You’ balloon bobs merrily above the others
As you swipe your card. Then, one last remark
To the checkout team before you turn to go: “So glad
It’s pretty today. That cemetery gets muddy in the rain.”

Alongside the award, Villarreal receives a $500 grand prize and earns an opportunity to have the poem presented at the Annals of Internal Medicine’s annual meeting in Philadelphia in April. She is excited at the possibility to share the occasion with her own daughter, who lives close to the area.

“My hope for this particular poem would be that maybe somebody who has had an experience like that could see it and understand the impression that they make on somebody else by just being brave enough to go on with your own life,” Villarreal said. “It’s incredible what people go through. Hopefully somebody can draw some solace from the poem. That would be ideal.”

Outside in sunlight, you’re on the other side of the wide
Parking lot. I return your brief wave as you wrangle balloons,
Now dancing madly to escape backseat confinement. Then
You’re gone, pulling away, a silent riot of color in your wake.