McGovern course features a new point of view – the author, himself at McGovern Medical School
Skip

McGovern course features a new point of view – the author, himself 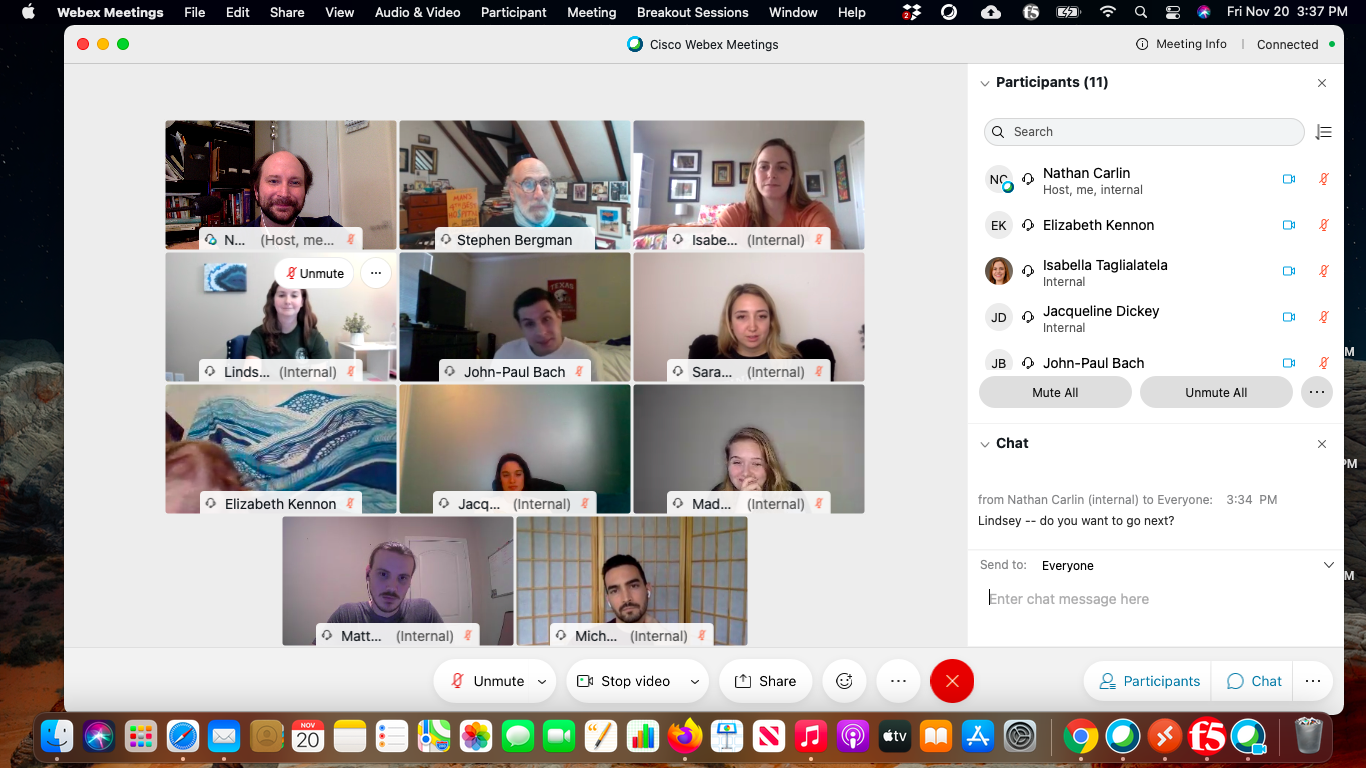 While the move to an online learning format requires distancing of students and faculty, in one McGovern Medical School course, it is allowing an up-close perspective from an important point of view – the author in discussion.

Humanistic Elements of Medicine is a fourth-year elective offered by the McGovern Center for Humanities and Ethics. The first week of the session focused on four books (House of God, Mount Misery, The Spirit of the Place, and Man’s Fourth Best Hospital) by physician-author Stephen Bergman, MD, who writes under the pseudonym Samuel Shem.

Students in the course had the rare opportunity to engage not only with the texts but also directly with the author himself, who attended the weeklong WebEx class with the students and Nathan Carlin, PhD, professor in the McGovern Humanities Scholarly Concentration and holder of the Samuel E. Karff, D.H.L., Chair in the John P. McGovern, M.D., Center for Humanities and Ethics.

“I was starstruck meeting one of the most influential authors in medicine, but he seemed so relaxed that it felt comfortable to have him in class,” explained fourth-year student Jacqueline Dickey. “The House of God has been criticized for being racist and sexist, so it was interesting to hear him talk about how his perceptions have changed over the past 35 years and explain that he wanted to convey what it was really like back then. I also liked hearing him describe certain characters as another side of himself rather than an actual person.”

A Harvard-educated psychiatrist, Shem’s most famous novel is the semi-autobiographical House of God, which was published in 1978. With more than 2 million in sales, it is known to many as a must-read that not only helped to shine a light on that era’s medical training but also paved the way for resident duty hour reforms.

Carlin, who is working on two books on physician-authors, became acquainted with Shem as a result of his research. Carlin wrote to Shem to see if he would write the forward of his book. Shem agreed, and they have remained in touch ever since.

“It’s been a real gift for me to develop this friendship with Shem, who is a giant in medical humanities. I’ve especially appreciated the fact that Shem is able to look at himself critically, to recognize his flaws and limitations, and to grow and to change. His writing calls us to look inward and to do the same,” Carlin said.

“It was a crazy idea for Nathan to do this, to teach four of my books in one week, but I’m glad he did. No one else has ever done this before,” Shem said.

The students said they have enjoyed learning directly from the author as well.

“Having Samuel Shem join us for the Humanistic Elements of Medicine class has been such a unique opportunity that I am very thankful to him and Dr. Carlin for creating,” said fourth-year student Lindsey Ulin. “When discussing a patient encounter from The House of God with us, Shem said, ‘forgive yourself through fiction,’ which resonated with me knowing that as health care providers we will likely care for patients that unfortunately suffer bad outcomes, some because of medical errors we will play a role in.

“During my time in the Humanities Scholarly Concentration, narrative medicine has helped me to reflect on experiences caring for patients that have changed the way I approach keeping humanism in patient-centered care.”

The online format seemed to work well for inquiry and conversation for students and author.

“This was really my first experience of reading so much of my own work in one week, and I’m really grateful to have had this kind of critical engagement,” Shem added. “This is a rare thing for writers. It was wonderful.”