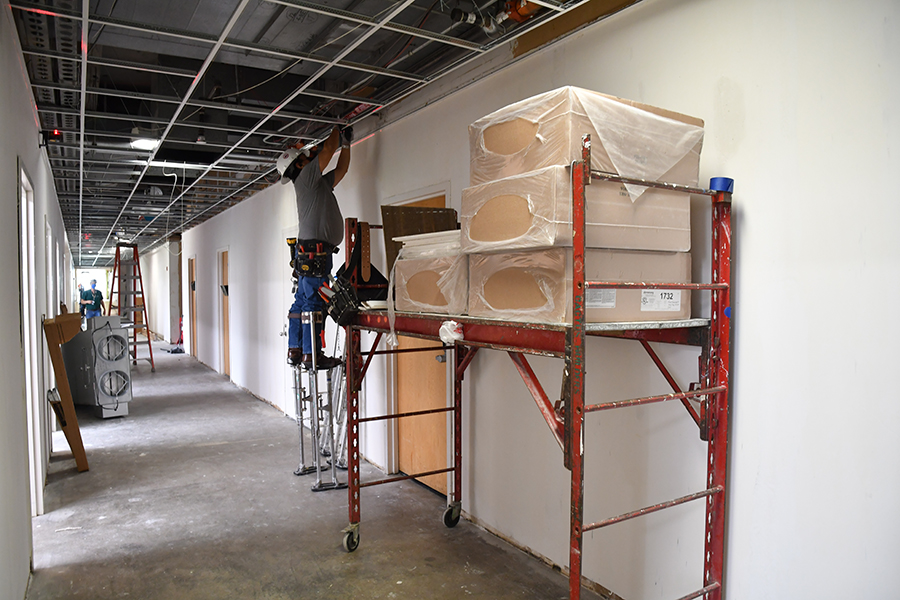 A massive undertaking, renovating the first through seventh floors of the Medical School Building, is more than 70 percent complete. Known as the Air Distribution Project, the plan was funded by $17 million in tuition revenue bonds (TRB) and started in fiscal year 2016.

The project aims to enhance both the building’s energy efficiency and aesthetics. Each floor’s perimeter offices, conference rooms, hallways, and other rooms not previously updated years ago with the lab air distribution update are being gutted floor to ceiling as part of the project. The project includes installing a modern air conditioning system – ductwork, mixing boxes, digital controls; new flooring; paint; window treatments; ceiling tiles and grid; and LED lighting. 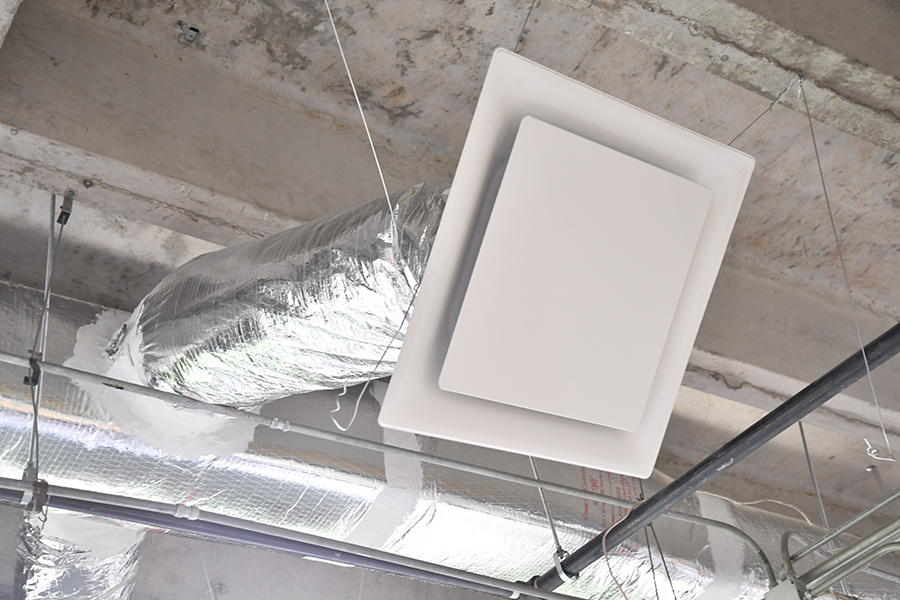 “This is actually one of my favorite TRB projects as our stakeholders can ‘see’ a difference,” said Julie Lucas, director, Project Management, Facilities, Planning and Engineering. “The majority of our TRB projects are behind the scenes infrastructure such as Air Handler Replacement, electrical upgrades and replacements, and elevator modernizations.”

In addition to the aesthetic changes on the floors, the Air Distribution Project is having a substantial impact on improving air quality and reducing the Medical School Building’s annual utility cost — realizing a 20 percent ($1.5M) savings over the last 4 years.  As antiquated constant flow mixing boxes are replaced with new variable air volume mixing boxes, in-house Facilities, Planning and Engineer digital control technicians (primarily Bernie Hanus) have been optimizing the controls of each new box to operate as efficiently as possible. 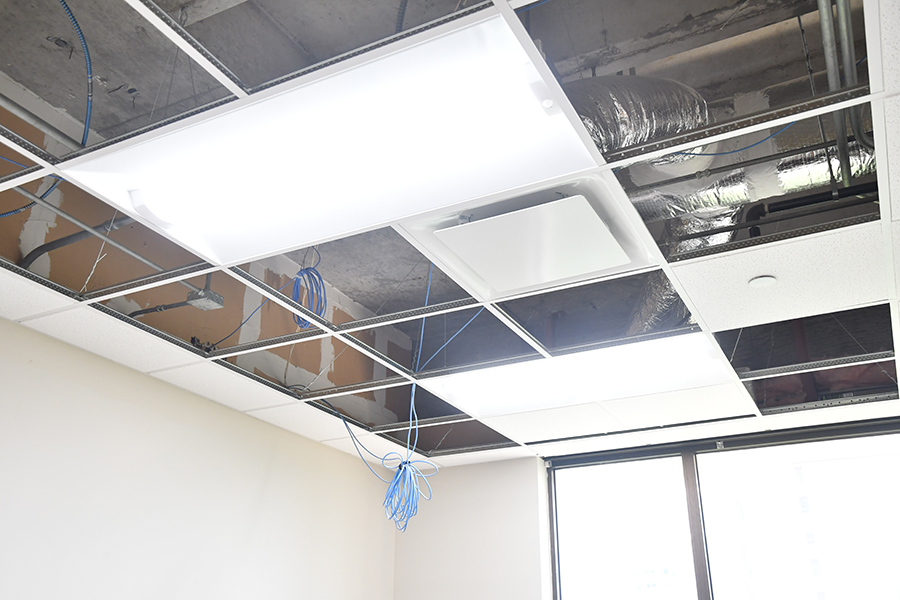 The timeline of the Air Distribution Project relies on swing space availability as office occupants must move out of their offices into temporary offices while work is performed. About 150 individuals are temporarily relocated per floor, divided into four phases per floor. Greg Dorsey, senior project coordinator, administration, works closely with members of Medical School Information Technology, Network Services, Locksmith Services, department coordinators, and EDM Services to ensure each move is completed with the least amount of disruption, and individuals get back to their work as quickly and painlessly as possible.

“Our limiting factor has been the number of offices we can do at any given time due to swing space availability,” Lucas said.

Despite the shuffling of office swing space, the project’s results have been well received by Medical School occupants.

“This is a great benefit to McGovern Medical School,” said Claire Brunson, executive director of management services.  “Having newly renovated hallways and offices presents the school well for recruiting new faculty, residents, and students and gives our occupants a great lift when they are finally back in their offices after they have been renovated.”

“This project is proof that we have a great team around our campus,” added Brooks Herman, senior facilities project manager, Facilities, Planning and Engineering.  “The efforts it takes to coordinate such a project are immense, and everyone has been in full support to ensure our Medical School looks as well as it performs in research and training.”

Steven Bennett, director, Maintenance, Operations, and Contract Services, agreed: “We have a motivated team that shared the vision of this renovation and the benefit for the current and future occupants. I am very proud to have been a part of this project, and continue to play a role as the journey nears completion.”