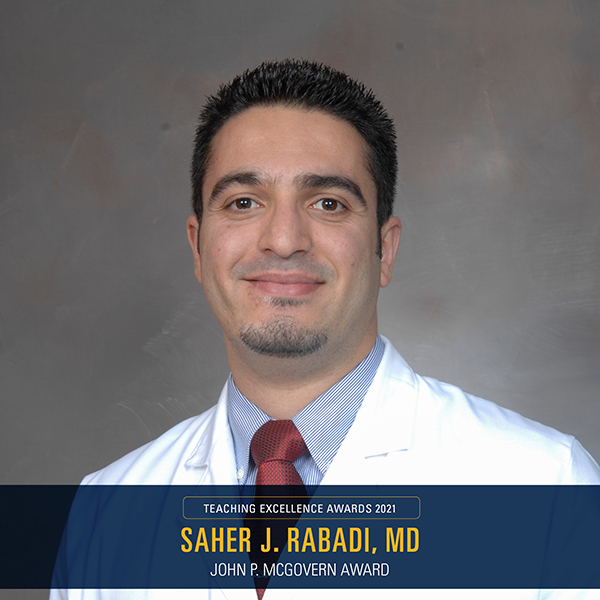 Saher J. Rabadi, MD, assistant professor in the Department of Internal Medicine, is the recipient of the 2021 John P. McGovern Award as the exceptional clinical teacher.

The John P. McGovern Award is given annually to the outstanding clinical faculty member as chosen by the senior class. The award is made possible by an endowment from the McGovern Foundation.

Rabadi received his medical degree from the University of Jordan Faculty of Medicine, in Amman, Jordan, in 2010. He joined the McGovern Medical School faculty as an internal medicine resident in 2012 before becoming assistant professor in 2017.