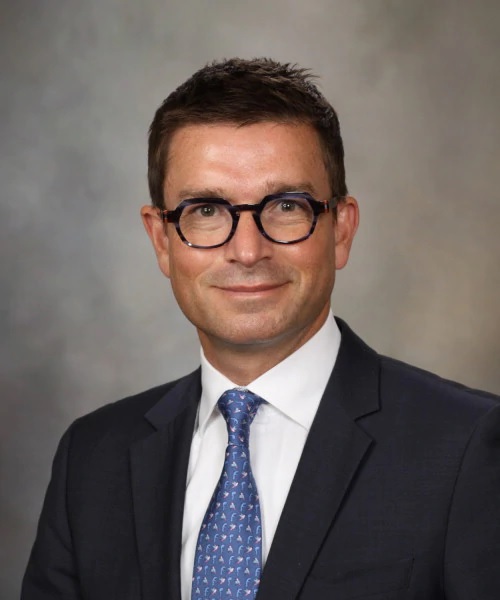 Dr. Oderich will join the University of Texas System from the Mayo Clinic in Rochester, Minnesota, where he served as Chair of the Vascular and Endovascular Surgery Division.  He is credited with his extensive work and research in endovascular repair of complex aortic pathologies.  He serves as the national principal investigator for multiple clinical trials, including the Cook Thoracoabdominal Branch Stent Graft Trial and ZFEN Plus Stent Graft Trial, and has served on the Editorial boards of many esteemed medical journals in the field of vascular surgery, including as an Associate Editor of the Annals of Vascular Surgery. Dr. Oderich is also the Chair and Reporting Standards Fenestrated and Branched Endografts for the Society for Vascular Surgery.

Oderich received his medical degree, followed by a residency in general surgery from the Universidade Federal do Rio Grande do Sul in Brazil.  He completed a vascular surgery research fellowship at the University of Utah then continued his clinical training in general surgery residency at the Mayo Clinic in Rochester. Upon completing his residency program, he continued for a clinical fellowship in vascular surgery at Mayo Clinic, continuing with an extended fellowship in advanced endovascular repair at Cleveland Clinic Foundation.

Dr. Oderich makes his relocation with his family, wife Thanila and children this summer.  His wife, Thanila Macedo, MD will be also be joining UTHealth as Associate Professor of Radiology at McGovern Medical School.  Their combined expertise will aid in the progression of advancing treatment options and medicine at the Texas Medical Center.  “Together, I believe we can achieve the highest level of patient care, innovation and education,” says Oderich.