Specialized care in Lake Jackson gets resident back on the move 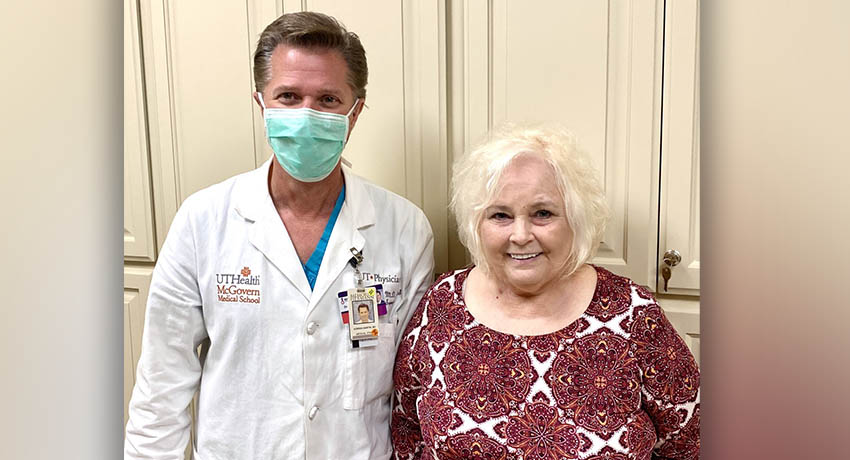 She could feel the circulation in her legs getting worse. It was becoming more and more challenging to get around. Eventually, she lost her ability to walk.

“The pulses in her legs and feet were essentially nonexistent – that was the first indication that she had a lot of blockage in her arteries,” said Martin, assistant professor of vascular surgery at McGovern Medical School at UTHealth with more than 20 years of experience.