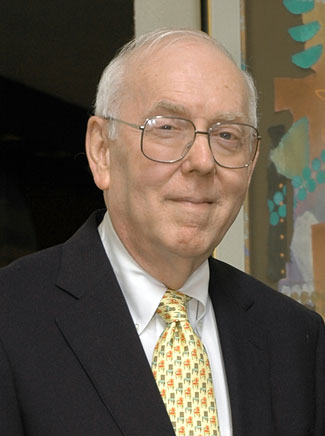 Serving from 1986–1995, Dr. John Ribble, a pediatric infectious disease specialist, has the distinction as longest-serving dean of the Medical School. In addition to dean, he jointly served the role of interim president of the UT Health Science Center (UTHealth) from 1987 to 1989.

A native of Paris, Texas, he received his medical degree from The University of Texas Southwestern Medical School in Dallas and completed postdoctoral training at Parkland Memorial and Johns Hopkins hospitals, where he completed a fellowship in infectious diseases. He served as an officer in the U.S. Public Health Service with the Epidemic Intelligence Service.

Prior to coming to Houston, Ribble was director of clinical programs for the Department of Pediatrics at Cornell University Medical College in New York and was associate dean of admissions at Cornell.

He joined the Medical School in Houston in 1978 as professor of pediatrics and was appointed associate dean for academic affairs in 1983. He served as deputy dean in 1981, acting for the newly appointed dean who had not yet assumed his duties.