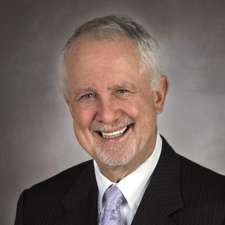 Richard Andrassy, MD, was named executive dean ad interim effective July 1, 2020. The longest-serving chair of a U.S. department of surgery, Andrassy was appointed chair of the Medical School’s Department of Surgery in 1994 and continues to serve in that role.

Andrassy joined the McGovern Medical School faculty in 1985 as a professor of surgery and the director of the Division of Pediatric Surgery – a title he held until 1995. He also serves as surgeon-in-chief at Memorial Hermann-Texas Medical Center, one of the Medical School’s primary teaching hospitals.

Prior to joining the Medical School in Houston, he served on the faculty of The University of Texas Health Science Center in San Antonio.

He has served as not only an active member but in leadership roles in countless professional organizations, including the American College of Surgeons, the American Academy of Pediatrics, the American Pediatric Surgical Association, and the Harris County Hospital District Medical and Dental Staff District.

A pediatric and general surgeon, he maintains his clinical practice, specializing in hernia and abdominal reconstruction, surgical oncology, and endocrine surgery.