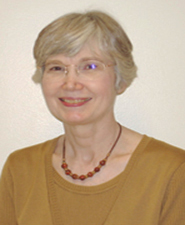 The gastrointestinal mucosa maintains a barrier to acid, bacteria and their toxins that is developmentally regulated. We have focused our research on a role for elements found within the lumen on the maintenance and enhancement of this barrier function. In particular, we are interested in factors found in breast milk and the manner in which they exert their protection. Our laboratory has shown that lipids in milk, particularly phosphatidylcholine, are uniquely able to coat the GI mucosal lining and promote acid-resistance. Another element in breast milk that we have studied is lactoferrin, a large protein with growth-promoting and protective properties. Lactoferrin has been shown to exert antibiotic actions against the gastritis-inducing pathogen, Helicobacter pylori, as well as protection against non-steroidal anti-inflammatory drug (NSAID)-induced GI injury. The mechanisms by which lactoferrin and phospholipids protect the GI tract are under investigation and may have applications beyond pediatric uses. For example, we are also interested in methods to protect the adult GI tract from injury due to shock states such as during acute systemic endotoxemia or intestinal ischemia/reperfusion injury following trauma. It may be possible to improve GI barrier properties in both children and adults by addition of these luminal elements to enteral feeding mixtures. A final area of interest is in luminal elements that may break down the GI barrier. In that regard, we have investigated roles for bile acid duodenogastric reflux and secretion of intestinal phospholipase A2 in GI barrier disruption. By interfering with the appearance or increase in these damaging factors, there is the potential for preventing GI injury and subsequent systemic effects.