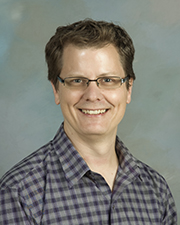 Mechanistic basis of gene expression control by the circadian system

Mechanistic basis of gene expression control by the circadian system

Complex diseases such as diabetes, cancer and heart attack are linked to multiple factors, which over time affect one another and lead to a final diagnosis. Decoding of the human genome revealed that every cell of our bodies has the capacity to express multiple copies of the 32,000 or so unique genes. While every disease implicates a fraction of these genes, an overall picture is often required to properly design therapeutics. Our lab is interested in the complexity and organization of our genome and the identification of genes that are acting factors in the disease state. Toward this goal, we are looking forward to simplifying this complex picture by describing how the expression of these thousands of genes is orchestrated in time. We and others have discovered that genes are expressed in bundles at specific times of the day, and these bundles are associated with specific cellular functions. From a cellular perspective, this observation makes a lot of sense since it appears the cells have learned to coordinate in time specific functions. For billions of years organisms living on Earth have been subjected to daily recurring changes of temperature and light as the planet rotates on its axis. The constant repetition of the night and day cycle is one of few stable parameters and has certainly been an important factor in the evolution of life. This cyclic behavior is noticeable at all levels of biology from daily rhythm in sleep/wake, body temperature, and blood pressure. In order to anticipate sunrise and sunset and to measure seasonal changes in day length, animals, plants and certain bacteria evolved an internal mechanism to track time. The circadian clock consists of a series of interconnected molecular events that last approximately 24 hours. This master regulator is orchestrating metabolism and physiology.

Using a combination of functional genomic and bioinformatics approaches, we recently demonstrated in the model system Arabidopsis thaliana that the regulation of at least 89% of the expressed genes displayed daily oscillations when under light, temperature or circadian cycles. These factors are the three main external and internal marks of daily timing in nature. This result suggests time-dependent transcriptional regulation is a central factor in daily regulation of physiology. Our current model of the eukaryotic circadian system is a core subset of transcription factors (TF) that are organized in an auto-regulatory feedback loop. Each one of these TFs is also rhythmically regulating specific groups of non-clock genes at specific times of the day. Those genes are categorized as first order clock-controlled genes (CCGs). Since some of those are also TFs, they create a second wave of rhythmically regulated genes called second order CCGs and so on. Light- and temperature-controlled networks are intrinsically embedded in this large circadian network creating a complex interplay of transcriptional activation and repression. We believe genomics and bioinformatics offer new possibilities that can quickly drive forward our understanding of the role that light, temperature and the circadian clock play over the regulation of other TFs. Constructing a detailed map of the clock-driven cis-regulatory transcriptional network will ultimately lead us to understand, with a global perspective, the importance of daily rhythms in healthy cells and tissues. From a medical point of view, this knowledge will give us the opportunity to develop the tools to monitor circadian-controlled physiological events in order to use these as diagnostic markers. These markers could then be used to identify potential cellular perturbations and to help treat complex metabolic diseases.

Our lab utilizes several model organisms from Arabidopsis to Zebrafish with the single goal to understand organization of gene regulation on a daily basis by the circadian system. We are currently exploring three areas: