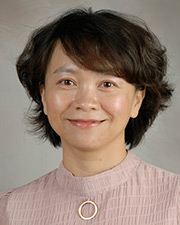 To metastasize, a cancer cell must acquire a set of capabilities that are distinct from and potentially incompatible with its ability to flourish in the primary tumor. One explanation for how cells can acquire metastatic capacity is that they activate a latent epithelial–mesenchymal transition (EMT) program, which provides cancer cells with increased motility and stem cell properties. Despite the high mortality from metastatic cancer, the cellular and molecular mechanisms underlying this process are not yet fully understood, hampering efforts to develop target therapeutics.

In recent years, it has become apparent that EMT is accompanied by wholesale changes in diverse signaling pathways that are initiated by proteins at the plasma membrane (PM). The PM contains thousands of lipid and protein species that are dynamically and spatially organized into lateral membrane domains, an example of which are lipid rafts. Since one of the major functions of rafts is modulation of signaling originating at the PM, we hypothesized that the signaling changes occurring during an EMT are associated with alterations in PM organization. To test this hypothesis, we used Giant Plasma Membrane Vesicles (GPMVs) to study the organization of intact plasma membranes isolated from live cells. We observed that induction of EMT significantly destabilized lipid raft domains. Further, this reduction in stability was crucial for the maintenance of the stem cell phenotype and EMT-induced remodeling of PM-orchestrated pathways. The destabilization of lipid raft domains during EMT also influences membrane fluidity of cells. Hence, modulating raft properties or changing membrane fluidity could regulate cell phenotype, suggesting a novel approach for targeting the impact of EMT in cancer.

Based on this hypothesis, we performed an in silico screen to identify drugs that can inhibit a gene expression signature associated with epithelial-mesenchymal transition (EMT). Compounds discovered through this method, including those previously identified, appeared to restrict metastatic capacity through a common mechanism, the ability to modulate the fluidity of cell membranes. Treatment of breast cancer cell lines with the putative anti-metastasis agents reduced membrane fluidity, resulting in decreased cell motility, stem cell-like properties, and EMT in vitro, and the drugs also inhibited spontaneous metastasis in vivo. When fluidity was unchanged, the anti-metastasis compounds could no longer restrict metastasis, indicating a causal association between fluidity and metastasis. We further demonstrate that fluidity can be regulated by cellular cholesterol flux, as the cholesterol efflux channel, ABCA1, potentiated metastatic behaviors in vitro and in vivo. The requirement for fluidity was further supported by the finding in breast cancer patients that ABCA1 was overexpressed in 41% of metastatic tumors, reducing time to metastasis by nine years. Our findings reveal increased membrane fluidity as a necessary cellular feature of metastatic potential that can be controlled by many currently available drugs, offering a viable therapeutic opportunity to prevent cancer metastasis.