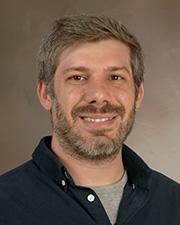 Cardiovascular disease (CVD) affects more patients globally than all forms of cancer and chronic lower respiratory disease combined. Alarmingly, these illnesses are known to contribute to approximately one-third of annual deaths worldwide. Thus, further elucidation of the etiology and molecular mechanism driving CVD pathophysiology to support the development of novel treatments is critical in combating this urgent unmet medical need.

During the onset of CVD, disruption of physiological conditions triggers stress responses such as cAMP signaling within the heart and vessels to attempt to restore normality. However, extended stimulation of stress observed in these chronic afflictions can ultimately become detrimental and further augment disease progression. Our laboratory explores the exchange proteins directly activated by cAMP (EPACs) which are one of the internal effectors functioning downstream of cAMP stress responses in the cardiovascular system. When diseases manifest, EPAC levels are altered suggesting a potential involvement of the cAMP effector in several pathogenic processes.

Currently, I am interested in exploring the signaling mechanisms of EPAC in a multitude of obstructive vascular conditions. Thus, a major focus of my research is linked to interrogating pathologically relevant mechanisms associated with EPAC from a global perspective that can be characterized molecularly and subsequently targeted with small molecule inhibitors to improve cardiovascular conditions in intact animals. Demonstrating the success of this approach to therapeutic target development, our lab and others demonstrated EPAC involvement in neointima hyperplasia, where we show EPAC specific inhibitors directly recapitulating the protective phenotype attained with genetic knockout animals. Furthermore, with my background in molecular pharmacology, G-protein / cAMP signalosomes, and inflammatory immunology, I have an avid interest in discovering how distinct functional roles of EPACs in endothelial, smooth muscle, and immunological cells ultimately converge to produce more complex pathogenic manifestations observed in human patients.

In order to facilitate these efforts, parallel approaches of genetic ablation and pharmacological modulation are applied in intact animal models of vascular disorders, thus defining conceivable benefits of EPAC attenuation in the prevention and/or treatment of CVD states. Furthermore, characterization of these models with non-invasive disease monitoring, tissue and cellular phenotyping, and successive biochemical analysis are currently underway to delineate the intricate and precise EPAC-signaling systems present under these stressful vascular environments. I am optimistic that distinct EPAC-mediated pathways driving the observed phenotypes can be adequately explored with our current molecular tools and models, and I also plan to extend these findings to other relevant disease models including inflammatory disease, diabetes, and cancer in the upcoming years. Taken together, I consider the multifaceted strategies currently being implemented to be crucial for the understanding and advancement of EPACs as a therapeutic focus in patients suffering from CVD.