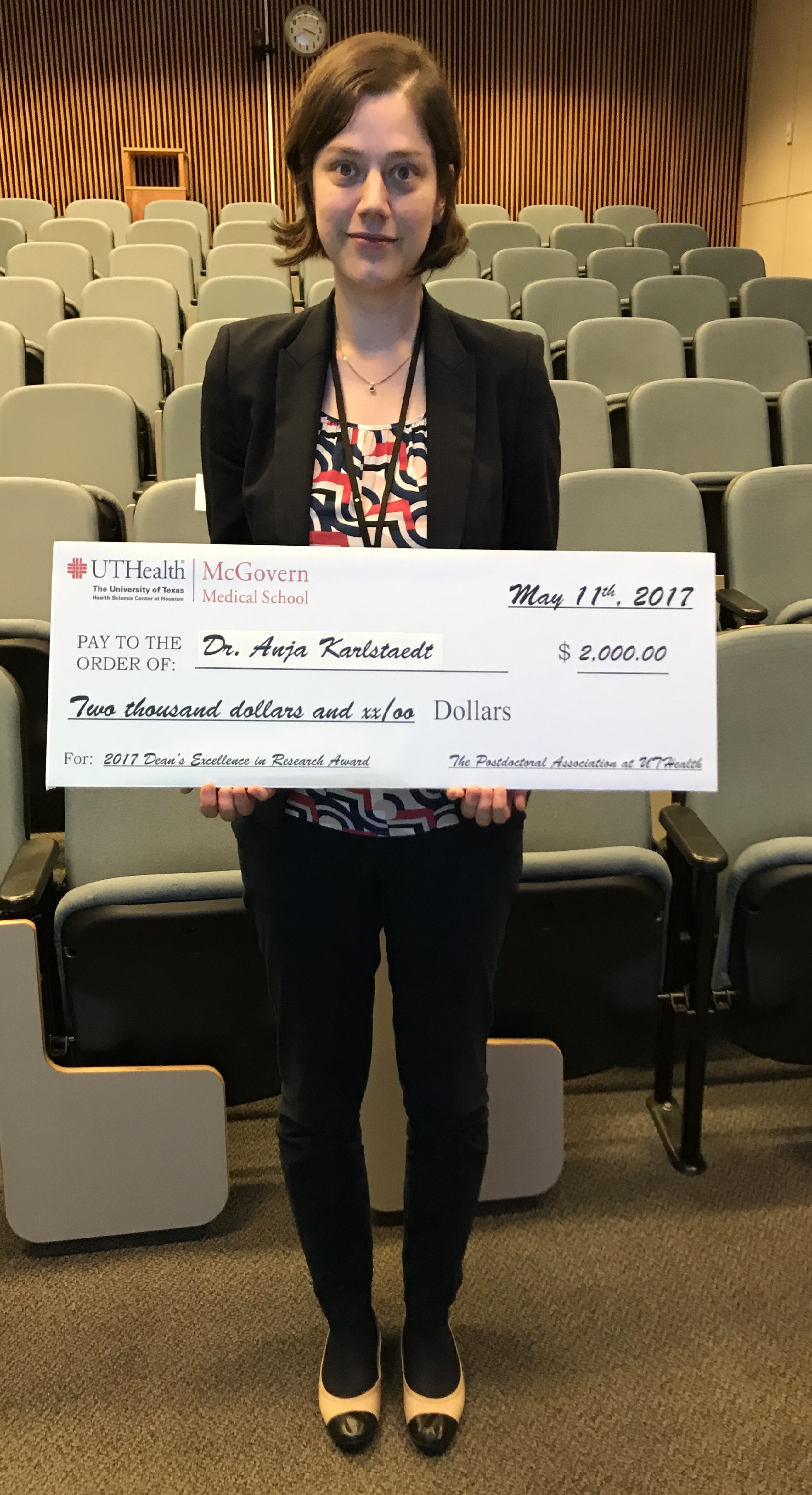 Taegtmeyer Lab wins the Dean’s Award for Excellence in Research

The competition was crowded from the very beginning. In the end, five postdoctoral research fellows from McGovern Medical School at The University of Texas Health Science Center at Houston (UTHealth) were selected by a Faculty Review Committee to present their research at a crowded public symposium. During the scientific competition, the finalists talked about their work in 10 minutes, after which they answered questions from the judges and the audience. Following a period of deliberation, the judges proclaimed Dr. Anja Karlstaedt the winner of the 2017 McGovern Medical School Dean’s Award for Excellence in Research.

Dr. Karlstaedt’s work on “Cancer and the Heart: Oncometabolic Dysregulation of Cardiac Metabolism” addresses the mechanisms underlying cardiac stress induced by dysregulated cancer cell metabolism, a hot topic, that has been already recognized by a publication in the Proceedings of the National Academy of Sciences of the USA in September 2016.

Dr. Karlstaedt received her medical degree from Charité-Universitätsmedizin in Berlin, Germany, while simultaneously obtaining her PhD in computational systems biology in 2013. She joined the Taegtmeyer laboratory in 2014 with the goal to improve her skills at the bench and to combine experimental with mathematical simulations of cardiac metabolism. She is now elucidating how cancer cell metabolism can promote cardiac stress and preparing grant applications, among other academic endeavors, all in paralleled. “Passion for science and hard work always pay off. Over the last fifteen years, Anja is the fourth postdoc of my lab to have received a young investigator award”, said Dr. Taegtmeyer.