Scuba diver back to doing what she loves, thanks to heart procedure 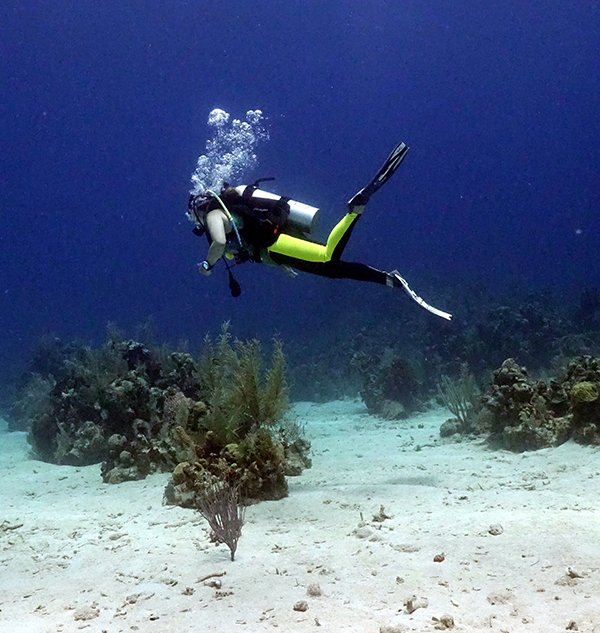 When she isn’t working at The University of Texas Health Science Center at Houston (UTHealth), 55-year-old Caroline Wolbrecht of Houston loves to scuba dive.

However, that hobby was put in jeopardy due to a patent foramen ovale (PFO), a heart condition that she didn’t even know she had for years.

The foramen ovale, the hole between the left and right atria of the heart, is present in everyone before birth and allows blood to bypass a baby’s lungs before the are fully developed. According to the American Heart Association, the foramen ovale closes after a baby is born in 75% of cases. However, in 25% of people, it remains open, or patent – a PFO.

“Most people with a PFO have no symptoms at all, but in some cases, like Caroline’s there are complications that require intervention,” said Abhijeet Dhoble, MD, associate professor of cardiovascular medicine and director of Structural Heart Interventions at McGovern Medical School at UTHealth, who sees patients at UT Physicians, the clinical practice of McGovern Medical School. 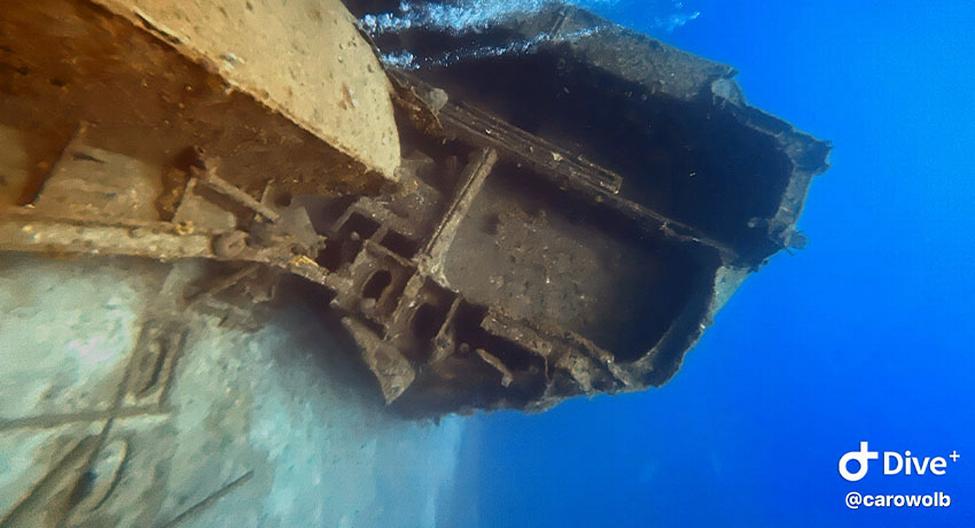 Wolbrecht was able to see the Odyssey shipwreck up close during her first dive in Roatan, Honduras in May 2021 following her PFO closure. (Photo courtesy of Caroline Wolbrecht)

Wolbrecht became a certified diver in 1990. After a couple of years, Wolbrecht stopped diving to raise her family, picking it up again in 2017 as an empty nester.

“I had several cases of severe fatigue and dizziness during open water certification, but I just pushed through and attributed it to going up and down in the pool several times for the various training exercises,” she said.

During multiday trips with several dives, she would develop a type of decompression sickness (DCS) known as “skin bends.” With skin bends, the skin can itch and become red or marbled in texture.

According to the Divers Alert Network (DAN), skin bends are usually a mild form of DCS, but disregarding it can sometimes lead to more serious complications.

“My skin bends always first manifested as a rash in the bend of my elbow before running down my forearm to my wrist. If I ignored the symptoms and kept diving, the rash would show up on my lower abdomen, hips, and outside breast area. This extended rash would be accompanied by mild to moderate muscle soreness,” Wolbrecht said.

On a multiday diving trip in 2018, she once again developed a rash that spread to the different areas of her body. The next year, the symptoms she developed were much worse.

After three days of diving Wolbrecht had a rash in the bend of her elbows. A day later, it spread further.

“I showed my husband the rash on my forearms, abdomen, and hips but we both dismissed it as being some sort of heat rash from my wetsuit,” she said. “But after a hot shower I began to feel tired and dizzy. When things didn’t seem to be getting any better, I told my husband that I should probably go to the clinic at the resort and get checked out. When I stood up, my knees buckled under me.” 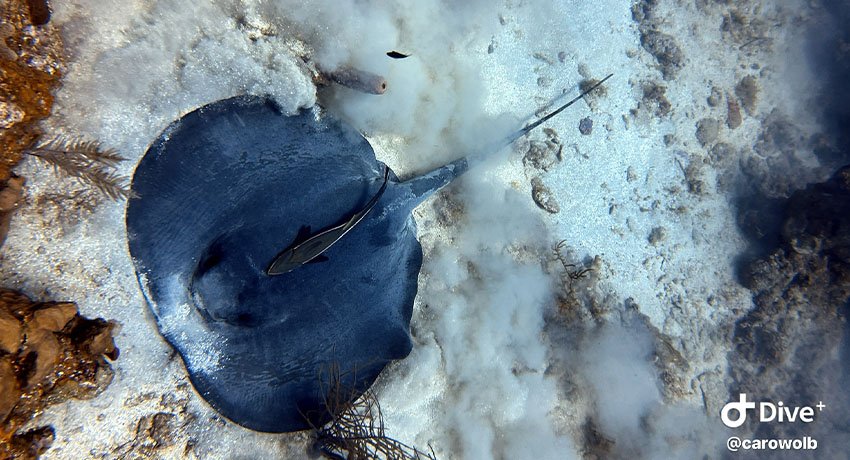 Stingrays were just one of the species of wildlife Wolbrecht was able to see on her first scuba diving trip following her PFO closure. (Photo courtesy of Caroline Wolbrecht)

Wolbrecht had developed Type II DCS, a more severe form of the illness that includes symptoms of numbness, tingling, and weakness in the arms, legs, or both. When she visited the clinic at the resort, they gave her oxygen treatments to help counteract the nitrogen in her system.

The doctor at the clinic strongly advised her against diving for the remainder of her trip, and told her that because she had developed this more severe type of DCS, it was more likely to happen again with even worse side effects.

When Wolbrecht returned to Houston, she researched what could be causing the symptoms after multiday dives. On one particular blog post, there were several comments from fellow divers explaining that they had experienced similar symptoms and discovered they had a PFO.

“It was comments like this that caused me to decide that I needed to go see a doctor. Since I work for UTHealth, I pulled up the directory and discovered that there was a cardiologist that saw patients at a UT Physicians clinic close to my house,” Wolbrecht said.

Konstantinos Charitakis, MD, ordered a transthoracic echocardiogram (TTE) with a bubble study for Wolbrecht that confirmed a PFO. Charitakis is an associate professor of cardiovascular medicine at McGovern Medical School.

Wolbrecht was told she had three options: stop diving altogether, limit her diving, or get the PFO closed. She chose the third option and was referred to Dhoble for the procedure.

Her PFO was closed on Oct. 10, 2019, and she had a follow-up TTE with bubble study to confirm the closure 90 days later.

“Closing the PFO was the only way to make sure she could continue to pursue her passion, so I was happy I was able to do that for her,” Dhoble said.

After Wolbrecht’s procedure, she was excited to get back into the water, but COVID-19 put a hold on those plans.

“In May 2021, I was finally able to go on a diving trip to test my PFO. I did multiple dives where I went to depths of over 100 feet and had no adverse effects – no skin bends, muscle aches, dizziness, or uneasy legs,” she said.

Because PFO is so common, Wolbrecht wants to make sure anyone who is a diver knows about the condition to avoid a potentially serious complication, and continue to dive. The severe form of DCS can be life-threatening.

“I have finally been able to get back to doing what I love, and that is all thanks to Dr. Dhoble,” she said.

In addition to his UT Physicians cardiology practice, Dhoble sees patients in a heart-brain clinic, a multidisciplinary setting where he and Anjail Sharrief, MD, MPH, team up on cases like PFO where patients might have cardiac and neurological symptoms. Sharrief is an associate professor in the Department of Neurology at McGovern Medical School, who sees patients at UTHealth Neurosciences clinics.

Dhoble said that PFO raises the risk of stroke since blood, including clots, can pass from one atrium to the other without going through the lungs. “If there is a clot in the blood, it can travel to the brain and cause a stroke,” he said.

Dhoble encourages anyone who is having nonspecific symptoms like weakness or numbness, vision problems, or speech disturbance to see a physician. A workup can rule out if the symptoms are related to a PFO and if they are connected, the PFO can be closed. The heart-brain clinic is held once a month in the UTHealth Science Center Professional Building located at 6410 Fannin. To contact the clinic, call 713-500-8828 or email heart@uth.tmc.edu.