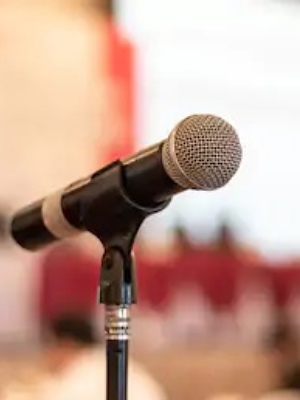 On June 10, 2020, UTHealth hosted a Town Hall to listen and discuss how the university can continue its commitment to fairness, equity, and respect for all. Joined by leaders across campus, Center director Thomas Cole, PhD, shared a historical perspective on racism and segregation stemming from his work on Jim Crow laws in Houston and offered hope for the future. A transcript of his remarks appears below.

Yesterday, George Floyd was buried at Houston Memorial Gardens in Pearland. Governor Abbott was there, (former) Vice President Joe Biden was there, and Mayor Turner announced reforms in an executive order for changing police practices. Three weeks ago, few people knew George Floyd’s name, but since May 25th when he was murdered by a policeman in Minneapolis, hundreds of thousands of Americans have taken to the streets to protest his murder, to call for an end to police brutality and racism.

We live in an unprecedented moment. We live in a historical moment of multiple crises and possibilities. It’s a moment when the COVID-19 pandemic overlaps with the pandemic of police violence. We don’t yet know the historical significance or the outcome of this moment. We do know that it is filled with tremendous pain—with anger, with despair for some, which people who are not African American do not truly know or understand. A longtime friend of mine in Connecticut, an African American woman, said to me yesterday, “You don’t understand this. I am so tired. I’m exhausted from all these years of having these experiences and struggling against them.”

And yeah, we have tremendous solidarity around the world—unprecedented in the history of the globe. As a historian, I’m mystified and I’m heartened by the immensity and the intensity of protests across the world. I don’t understand why this time. My best friends in various countries, none had an easy answer. The video of Floyd’s brutal dying flew around the world. Obviously, this is a key component. Still, I don’t understand why now. And one of my friends said to me, “Maybe the world misses America and the demonstrations of solidarity with their protest.” A call to us to return to our moral leadership in the world.

Historically, sustained non-violent protests, like Black Lives Matter, have led to real change. The Civil Rights Movement in the 1960s led to the federal Civil Rights Act of 1965, banning discrimination, banning segregation—not in all aspects of American life. These changes were fundamental and they were important, and they’re not to be taken for granted. But outlawing discrimination did not change the social conditions of most of African Americans. Houston has a history of protest against racial injustice and it is a very helpful one.

Sixty years ago on March 3, 1960, 13 TSU students walked down Almeda and walked into a grocery store with a lunch counter called Weingarten’s. They sat down. They asked to be served. The waiter didn’t know what to do, so they closed the lunch counters. Interestingly, the chief of police had been tipped off and he brought in police dogs to protect the students, not to harm them. This is a fundamental shift in the hopeful aspect of Houston’s history. And for those of you who are young, this is not ancient history. It may be hard to believe, but when Mayor Turner was a small boy, he and his parents could not legally eat at lunch counters in Houston, couldn’t be in hotels, in theaters, in sports venues with whites, but today he’s the mayor of the nation’s fourth-largest city. When I heard a city council member said Mayor Turner was the hardest working man he knew. Had he ever met Dr. Colasurdo, or do I have to tell you that?

So one of the reasons why peaceful protests lead to change is that they increase awareness of injustice that was already sitting there in plain sight. People are called to look at their moral compass and, in this case, Floyd’s brutal death raised this kind of awareness. A new poll shows that most Americans support the protests. One of the reasons why Jim Crow came down was that segregation was morally bankrupt. It was wrong and, through protests, more people came to see that and change become possible. Today, 60 years later, more and more people are coming to see that police brutality, that systemic racism are still with us and they are simply unacceptable. Police brutality, economic inequality, health disparities: these are the kinds of things that Dr. Morgan was talking about that we need to learn more about.

Black men are 2.5 times more likely to be killed by police than whites. The net worth of whites is 10 times the net worth of blacks, and there are tremendous health disparities. Black men’s lives, for example, are on average five years less than a white person’s. So history tells us that protests can be filled with opportunity for real change, and we are fortunate to live in a city where protests and progressive leaders have led to real change. But it will not come overnight and it will not be perfect.

Closer to home in our current moment, as you can see, UTHealth is blessed with the executive leadership of Dr. Colasurdo and Dr. Love who will guide us institutionally. They will be listening. They will be collaborating with students and faculty on immediate changes and on future planning. They know that there is always room for improvement and that our students have much to teach us. And each of us will be fortunate to see that each school has its own way of listening to students and responding.