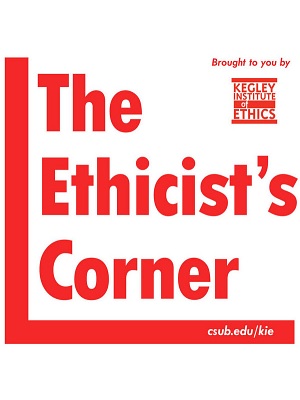 The latest episode of The Ethicist’s Corner, “On Black Bioethics and Racial Disparities in Health,” featured talk about bioethics and black bioethics, how Ray defines both, how she got into bioethics, and black health. Toward the end of the episode, Ray also discusses the two people she would want to have dinner with and the most Texas thing about her. The episode can be streamed via Spotify, as well as Apple Podcasts, iHeartRadio, and SoundCloud. The Ethicist’s Corner podcast is hosted by Michael D. Burroughs, PhD, of the Kegley Institute of Ethics at California State University, Bakersfield.

Through the podcast Flash Forward, episodes take a look at a fictional future. Ray will appear on the September 1 episode, “Shock and Awe,” about a future with super bandages. Ray discusses the ethics of super bandages, the foreseeable abuses, and what it would mean for health care. Fellow episode guests include Daniel J. Cohen, PhD, of Princeton University, and Sylvan, a street medic in Portland (pseudonym used). Listeners can tune in to this and other episodes via Megaphone.

Flash Forward is hosted by Rose Eveleth and has been named one of the Best Podcasts by iTunes, Wired Magazine, Popular Science, The New York Times, and others. Eveleth is a writer and producer who created Flash Foward Presents, a podcast network featuring hit shows like Flash Forward and Advice For and From The Future.