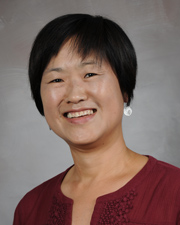 Mechanisms of mutagenesis and chromosomes rearrangements in Saccharomyces cerevisiae

Alterations to the genome, from simple mutations to chromosome rearrangements, are prerequisite to evolution as well as a pervasive feature of various somatic diseases. In many cancers, the disturbance of normal cellular activities associated with oncogenic transformation initiates with changes in the genome. Identifying key factors affecting genome stability is, therefore, central to understanding how cancer develops.

Transcription, although it is generally considered distinctly separate, shares the genomic DNA as template with replication and repair processes. The observation that certain highly transcribed genes are hotspots of spontaneous recombination and mutagenesis demonstrates the importance of the interplay among transcription, replication, and repair in genome maintenance. Our research objective is to better understand the molecular basis of transcription-associated recombination (TAR) and mutagenesis (TAM) through genetic approaches in the model organism, Saccharomyces cerevisiae.

In highly transcribed areas of the yeast genome, a higher rate of mutagenesis as well as a unique spectrum of mutations have been observed. Recent discoveries point to the accumulation of endogenous DNA damages as the main cause of such transcription-associated genome instability. In particular, an elevated incorporation of atypical nucleotides such as uracil and ribonucleotides in highly transcribed regions of the yeast genome results in accumulation of unique types of mutations such as A:T to C:G base changes and short deletions at tandem repeats. We are currently studying how the imbalance in the nucleotide composition is achieved in highly transcribed regions and how this imbalance affects genomic stability.

Another research interest in the lab involves the formation of non-canonical/non-B form DNA structures during activated transcription. Such structures can hinder the efficient movement of DNA replication and potentially lead to elevated genomic instability. An example of such “At-Risk-Motifs” (ARMS) is the highly G/C rich and repetitive sequence that assemble into a G-quadruplex or G4 DNA structure with runs of guanines forming stable G quartets. By integrating G4 DNA-forming sequence motifs into the yeast genome, we are studying how such sequences become hotspots of genome instability and contribute to gross chromosomal rearrangements.