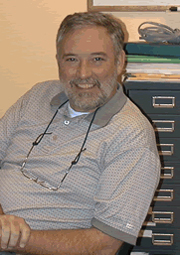 A set of fundamental issues in neuroscience concerns the neural mechanisms underlying behavior and behavioral plasticity (e.g., learning). It is generally believed that the ability of the nervous system to generate behaviors arises from the organization of neurons into circuits and that the functional capabilities of these circuits emerge from the interactions among the intrinsic biophysical properties of individual neurons, the pattern of synaptic connections among these neurons and the physiological properties of the synaptic connections. To adapt to an ever changing environment, the performance of these neural circuits must be modified, either by feedback occurring during the behavior or by previous experience.

Our laboratory uses two approaches, one computational and the other experimental, to investigate how neural circuits are organized, what principles underlie their function, and the consequences of sensory inputs and of modulatory influences.

Empirical studies utilize the marine mollusc Aplysia, which has a relatively simple nervous system with large, identifiable neurons that are accessible for detailed anatomical, biophysical and biochemical analyses. Computational studies utilize a program entitled “Simulator for Neural Networks and Action Potentials (SNNAP)”, which is a general-purpose tool for the rapid development and simulation of realistic models of neurons and neural networks. Currently, we are examining two neural circuits, one mediating a defensive withdrawal reflex and another mediating feeding behaviors. Such analyses of relatively simple neural circuits can contribute substantially to an understanding of basic principles that underlie functions of more complex neural systems.

Neural circuit mediating the tail/siphon withdrawal reflex. B: Intracellular recordings of an action potential in a sensory neuron (SN) and the resulting excitatory postsynaptic potential in PI-4. C: Computer simulation of the synaptic connection between SN and PI-4.