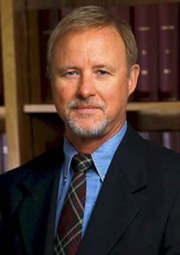 Catecholamine neurotransmitters, dopamine, norepinephrine and epinephrine (adrenalin) are involved in a broad range of regulatory and CNS functions, as well as, Alzheimer’s disease, schizophrenia, manic depressive illnesses, and Parkinson’s disease). Research in the Waymire laboratory examines the regulation of catecholamines at the cellular and biochemical level, focusing on the mechanisms responsible for changes in synthesis regulation that occur in normal function and disease.