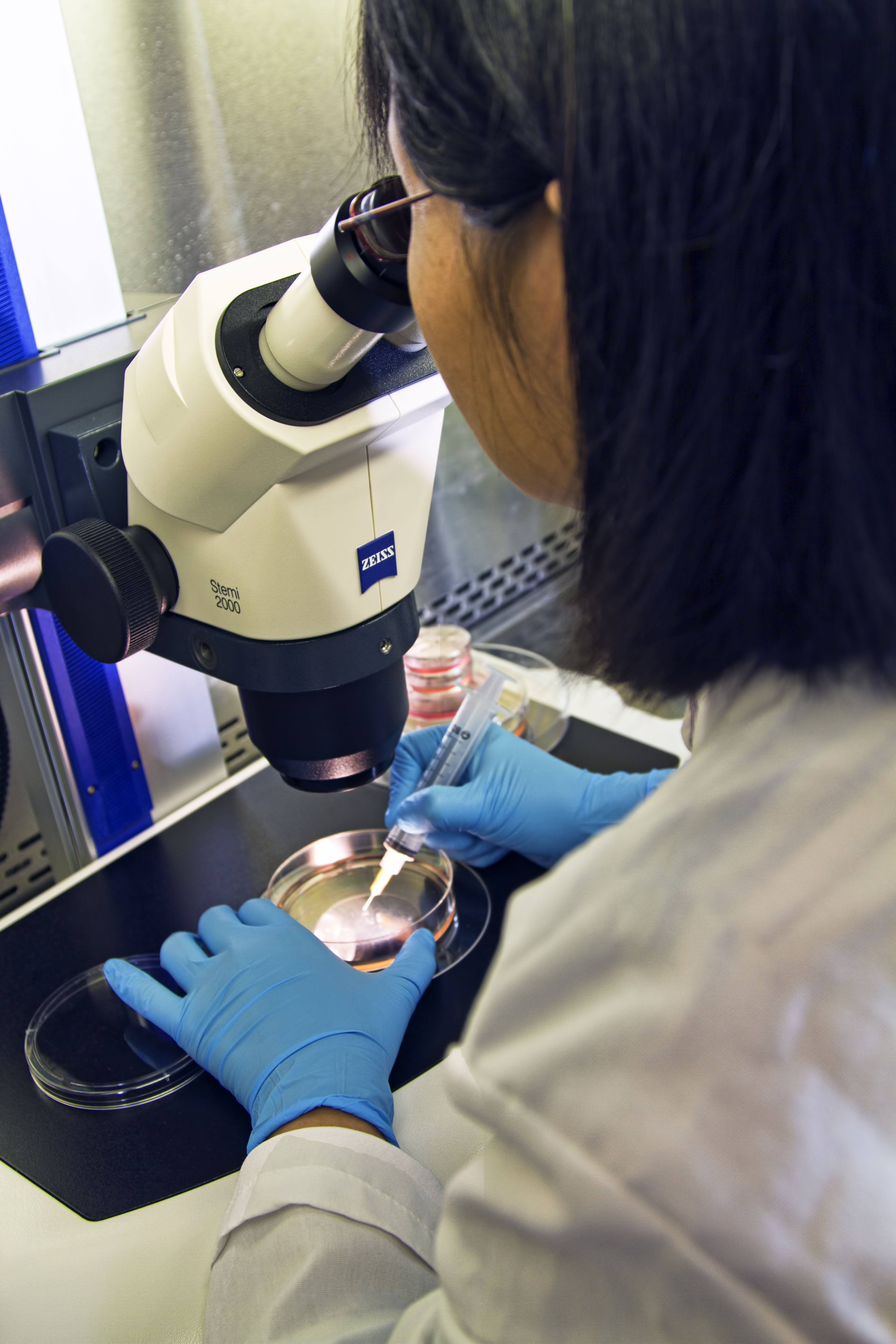 Liu laboratory has been pursuing basic and translational research in the following two areas:

Our research entails the use of combined genetic and molecular and cellular biological approaches applied to in vitro and in vivo models. We focus on dissecting the developmental pathways and the corresponding pathogenesis in the neural lineage, specifically for spinal cord injury, stroke and neurodegenerative diseases. Our long-term goal is to identify therapeutic targets for the treatment of CNS injury and neurodegenerative diseases.

Dr. Ying Liu is an Assistant Professor of the Department of Neurosurgery, Center for Stem Cell and Regenerative Medicine of the Brown Foundation Institute of Molecular Medicine for the Prevention of Human Diseases at The University of Texas Health Science Center at Houston, and a Research Scientist at the Mischer Neuroscience Institute.

Dr. Liu is a fellowship-trained investigator whose research focuses on the use of human embryonic stem cells (hESCs) and induced pluripotent stem cells (iPSCs) to model central nervous system (CNS) development and diseases. By differentiating and genetically manipulating hESCs and iPSCs, Dr. Liu hopes to dissect the development pathways and corresponding pathogenesis in the neural lineage. Her aim is to identify therapeutic targets for the treatment of CNS injury and neurodegenerative diseases.

Dr. Liu earned her medical degree at Peking University Health Science Center in China, where her primary clinical interest was the molecular diagnosis of leukemia and non-Hodgkin’s lymphoma. She received her Ph.D. in neurobiology and anatomy at the University of Utah, where she investigated the development of glia and glial precursors. She completed a postdoctoral fellowship in gene targeting in hESCs at the National Institute on Aging of the National Institutes of Health.

Before joining The University of Texas Medical School at Houston and Mischer Neuroscience Institute, she was an assistant project scientist in the Department of Reproductive Medicine at the University of California, San Diego, with a concomitant appointment as a professional scientific collaborator at the Center for Regenerative Medicine in the Department of Chemical Physiology at the Scripps Research Institute. She has also held clinical and research positions at the Peking University First Hospital in China and was senior scientist for primary and stem cell systems at Invitrogen, a division of Life Technologies Corporation.

Dr. Liu’s research has been presented and published widely. She has co-authored articles that have appeared in Stem Cells, Stem Cells and Development, Nature Protocols, Cancer Research, Glia, Neuroscience, Journal of Neurochemistry, Clinical Neuroscience Research, Developmental Biology, Journal of Cellular Biochemistry, Developmental Dynamics, and Nature Genetics, among other journals. Her long-term goal as an investigator is to elucidate the fundamental mechanisms of neural differentiation with the aim of translating this knowledge into novel therapeutic strategies for neural repair and protection.