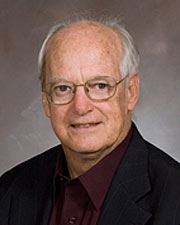 Appearance of TB bacteria grown in media in the absence of detergent. Instead of a net-like appearance, they are more condensed in amorphous structures of enormous size. Sonication ruptures their protective coat to reveal the content of MTB that resides inside.

MTB owes its tenacity to a relatively thick, waxy, hard lipid coat named trehalose dimycolate (TDM) which very effectively protects the bacteria from the immune system and antibiotics. This armor is also its Achilles’ heel. Accordingly, we propose a direct, rapid and localized approach to treat pulmonary TB in which the bacteria are stripped of their shield by direct exposure to surfactants introduced into the lung. In this regard, surfactants have been established since the early 60’s as an efficient method of disrupting lipid bilayers and have a long history of use as the principle means to extract and isolate proteins from cellular membranes. Thus, in this study we have evaluated the proficiency of certain surfactants to disrupt MTB’s membrane and to gauge their toxicity in the lungs of mice. The surfactants exhibit no toxicity under conditions that
are bactericidal to MTB. Our electron and light microscopy studies of MTB further support our contention that certain surfactants offer a novel, fast acting, targeted treatment modality that is well suited for breaching the bacteria’s armor and exposing them to antibiotics and the immune response for an uncharacteristic rapid clearance of the disease.