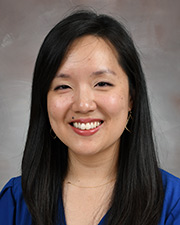 Tina O. Findley, MD, assistant professor in the Division of Neonatal-Perinatal Medicine at McGovern Medical School, was recently invited to present her research published in the Journal of Perinatology to the Texas Newborn Screening Advisory Committee at the Texas Department of State Health Services in Austin, Texas. The research evaluated the role of newborn screening for congenital hypothyroidism in premature infants admitted to the neonatal intensive care unit (NICU) at Children’s Memorial Hermann Hospital and was conducted by Findley, Avni Shah, MD, Cynthia Bell, MS, and Amir Khan, MD.

One of 54 conditions on the routine newborn screen, congenital hypothyroidism is the most common preventable cause of intellectual disability if diagnosed and treated early with thyroid hormone replacement. “We found that in extremely low birth weight babies (<1 kilogram), roughly half have abnormal results for congenital hypothyroidism on the newborn screen, but even more concerning, some premature babies have normal newborn screens but end up being detected and treated for hypothyroidism later on during their NICU stay,” said Findley. “We began to worry about cases we were missing.” As a result of these findings, Findley and Shah collaborated on a screening algorithm currently being utilized and studied in the NICU at Children’s Memorial Hermann Hospital. “We have already identified one case of likely congenital hypothyroidism in a premature baby who had normal newborn screen results and might not have been detected without the algorithm in place,” said Findley.

Findley completed her medical degree and residency training at UT Health San Antonio and her neonatology fellowship training at UTHealth. She has been a faculty member at UTHealth since 2016.