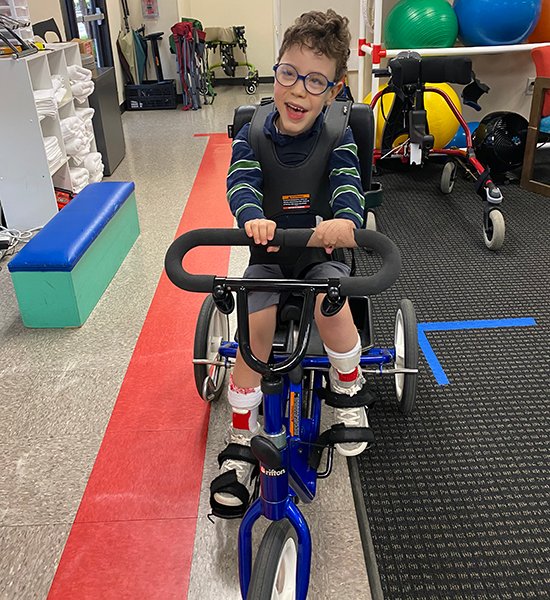 Robert Ryan has benefited from several forms of therapy throughout his life including music therapy, physical therapy and occupational therapy. (Photo courtesy of Laura Ryan)

Shortly after he was born, Robert Ryan’s parents were told he might never walk or talk due to his cerebral palsy. Now age 6, with the help of specialists at The University of Texas Health Science Center at Houston (UTHealth), he loves carrying on conversations with his family members and friends at school.

Cerebral palsy is a group of disorders that affect a person’s ability to control their muscles and can affect everything from being able to walk and talk, to holding an object, chewing, and swallowing. Robert and his twin sister Claire were born four months premature after their mother Laura Ryan’s water broke when she was just 24 weeks pregnant. At just 1 pound, 5 ounces each, the blood vessels in their brains were extremely fragile, and both babies suffered brain hemorrhages, which led to cerebral palsy.

Claire died five weeks after birth, but Robert continued to get stronger. After spending five months in a neonatal intensive care unit he was able to come home.

Still medically fragile, Robert began to see specialists at the UT Physicians High Risk Children’s Clinic, which cares for children with all kinds of complex conditions and illnesses, including cerebral palsy. 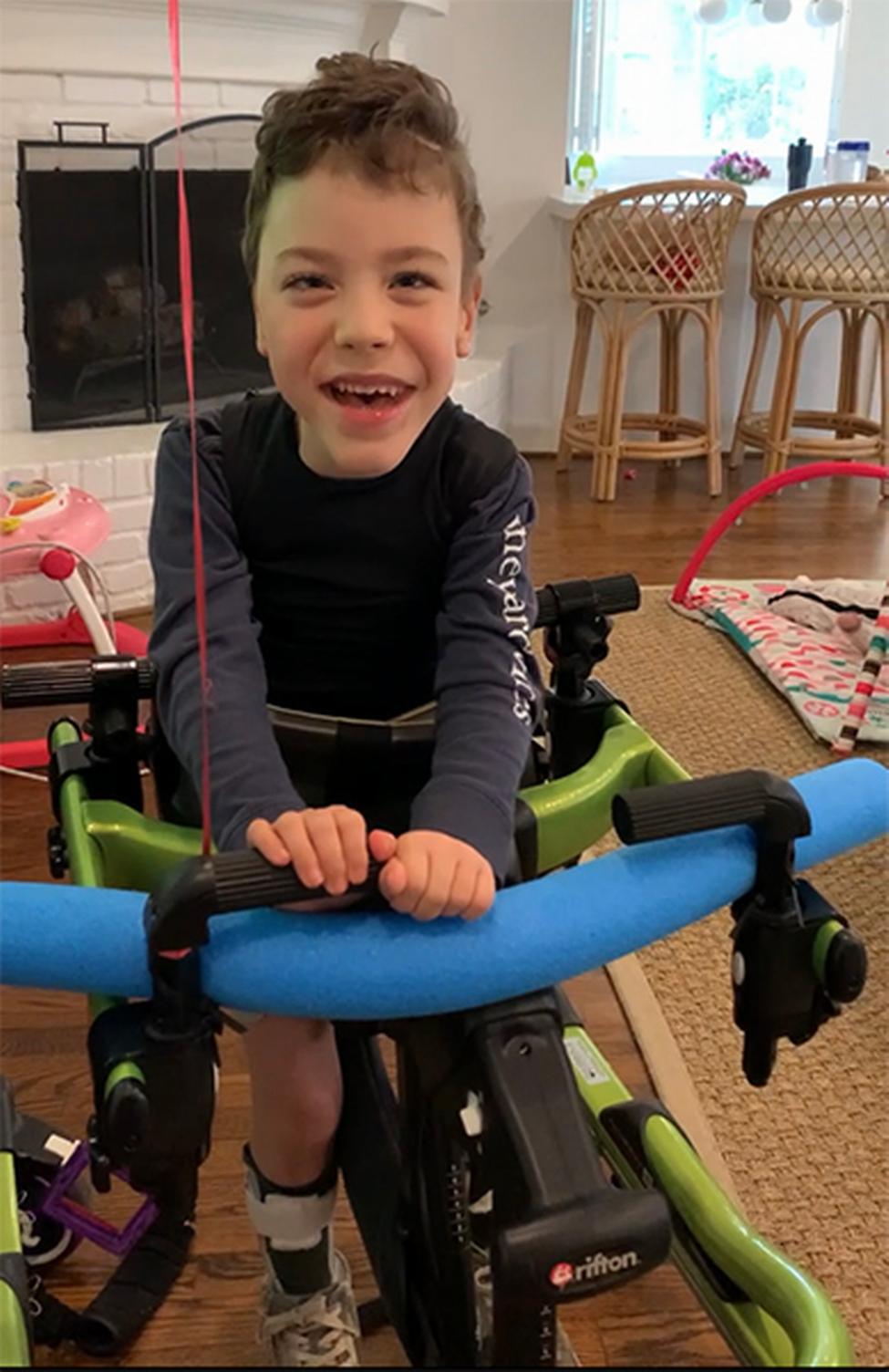 Since his release, Robert has been a patient at the clinic, where his care is overseen by Supriya Ramanathan, MD, pulmonary medicine staff physician. Along with his cerebral palsy, Robert is also treated for hydrocephalus, scoliosis, and a seizure disorder. As the clinical practice of McGovern Medical School at UTHealth, UT Physicians offers a wide range of specialists for Robert, including neurosurgeon Stephen Fletcher, DO; otolaryngologist Soham Roy, MD; neurologist Nivedita Thakur, MD; gastroenterologist Fernando Navarro, MD; and neurologist Michael Watkins, MD.

Complex diagnoses like Robert’s are the reason that the clinic, part of the UTHealth High Risk Children’s Program, was created by Ricardo Mosquera, MD, associate professor of pulmonary medicine at McGovern Medical School. In a clinical trial published in 2004 in JAMA, the program lowered emergency room visits, hospital admissions, pediatric intensive care unit admissions, and length of stay. The clinic provides coordination of care, a multidisciplinary team of providers, 24/7 access to care, and telemedicine.

“The reason Dr. Mosquera started this clinic and the goal of all of the providers at the clinic is to make sure patients like Robert remain as healthy as possible so that they never have to visit the emergency room. Through the 24/7 phone line our patients’ families have access to primary care providers who can assess their needs and adjust treatment plans as necessary without having to see the patient physically in clinic,” Ramanathan said. She added that if those patients do end up in the hospital, the team there works closely with the clinic’s physicians who can provide background and history on the patient to paint a comprehensive picture of their care up to that point.

Ramanathan thinks this is the best way to see patients to prevent fragmentation of care.

“This is medicine at its finest because we approach things from a multidisciplinary standpoint,” she said. “It’s exciting to be part of this team because everyone involved with the clinic has the same goal of making sure our patients have the best outcome.”

Ryan is extremely grateful for the care, support, and treatment Robert receives at the clinic.

“I really don’t know what we would have done without the high risk clinic, especially in that first year. It was so reassuring to know we would have a place to go that was going to be able to handle a complex case like his,” Ryan said.

Along with all of the doctors Robert sees, he benefits from several types of therapy.

While in the NICU, Robert took part in music therapy, where a media player with a custom playlist of music, as well as voice recordings of his mom, was placed under his pillow for him to listen to four times a day. “It was very reassuring for us knowing he was able to hear my voice even when I couldn’t be there physically with him,” Ryan said. “I also think that played a huge part in helping him begin to develop his verbal skills.”

Robert continues to take part in speech therapy two times a week and his verbal skills have continued to advance. He is now carrying on conversations and speaking in complex sentences. “His neurologist is blown away by his verbal progress,” Ryan said.

Ryan thinks another reason behind Robert’s advanced verbal skills is the decision to enroll him in school when he was just 2 years old. Robert attends The Caroline School, a school specially tailored for students with multiple disabilities. “I think being around other kids that young is another reason why he is so verbal,” she said. “It is probably one of the best decisions we’ve ever made.”

In addition to the social stimulation, the school also allows Robert a flexible schedule to work around his doctors’ appointments and therapy sessions. “With all that comes along with Robert’s complex needs, it’s great to know we have the flexibility to come to school late or leave early,” Ryan said.

He goes to physical therapy three times a week and occupational therapy two times a week to continue to develop his muscular strength, particularly his core muscles. He can now take steps with assistance using a gait trainer and can use his arms to push himself up into a sitting position while sitting on the couch.

Ryan continues to be impressed by her son and the hard work he puts in to get stronger every single day. “I have so much respect for him,” she said.

Ramanathan is also inspired by patients like Robert. “The fact that these kids are continuously learning new things despite the challenges they face every day continues to amaze me,” she said.

Ryan has done a lot of work with March of Dimes since Robert was born. “I’ve made speeches that have allowed me to speak about Claire and keep her memory alive, but I’ve also been able to continue to advocate for Robert and the challenges he continues to face,” Ryan said. “I just want people to know that he is a kid just like any other kid.”