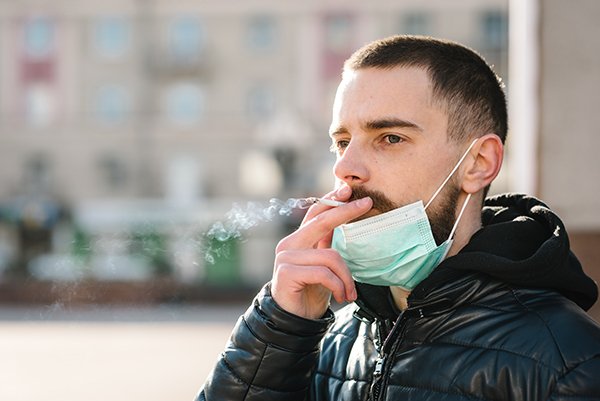 Infants exposed to thirdhand smoke while hospitalized in the neonatal intensive care unit (NICU) show a difference in the composition of their gut microbiome, according to a new study by researchers with The University of Texas Health Science Center at Houston (UTHealth).

The study was published in Environmental Research.

Thirdhand smoke refers to particles and residue (e.g., nicotine) resulting from tobacco smoke that lingers on surfaces and in-house dust. The residue can be found on the hands, clothes, furniture, walls, dust, carpets, and other surfaces long after smoking has stopped. Even if an adult has gone outside the home or building to smoke, children can still be exposed.

“We know that adults who smoke tobacco have gut microbiome differences compared to nonsmoking adults,” said Thomas Northrup, PhD, associate professor of family and community medicine at McGovern Medical School at UTHealth and lead author on the study. “However, we do not yet know the long-term health consequences of thirdhand smoke exposure on hospitalized infants’ gut microbiomes.”

Researchers took stool and urine samples from 43 infants who were admitted to the NICU shortly after birth. Of the 43 infants, 11 were from nonsmoking households, and 32 were from a household where at least one person smoked tobacco.

The infants were studied before being discharged from the NICU and were never exposed to secondhand smoke.

“Many times, people visiting the hospital leave to go smoke or vape outside, and when they come inside, that residue will linger on them and their clothing and transfer to the furniture of the waiting rooms and hospital rooms,” Northrup said.

The gut microbiome is made up of bacteria, fungi, and other microbes that are important for overall health. A healthy gut microbiome helps with vitamin and nutrient absorption, and in some cases immunity to certain diseases.

“If you begin to alter the microbial community, you may impact specific microbes or bacteria that serve important health-promoting functions. If the gut microbiome is affected in some way, where it is less able to protect our health, it’s easy to understand how that could become problematic for an infant’s overall health and development,” Northrup said.

Researchers are unaware of whether thirdhand smoke exposure during infancy will cause a long-term health change. However, Northrup says current research is exploring the use of probiotics in infancy to see if the gut microbiome can be brought back into balance.

“One of the most important things parents can do is to completely eliminate the use of tobacco in the household. If you can get everyone in the household to stop smoking, you can better protect the infant’s overall health,” he said.