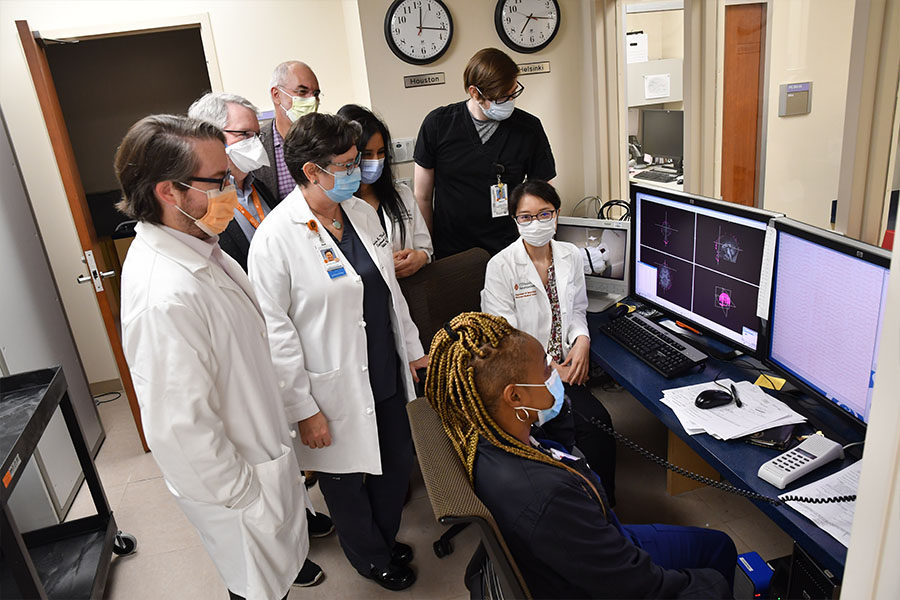 Michael Funke, MD, PhD, and his team at the MEG Center published five papers in a calendar year.

Highlighting the work of the Magnetoencephalography (MEG) Center at McGovern Medical School, Michael Funke, MD, PhD, associate professor in the Department of Pediatrics and director of the MEG Center, and his team have published five papers in various journals over the last calendar year.

Magnetoencephalography is part of a pre-surgical evaluation, usually in an outpatient setting, for patients with drug-resistant epilepsy and is a “valuable, non-invasive clinical method for localization of the epileptogenic zone and critical functional areas.” 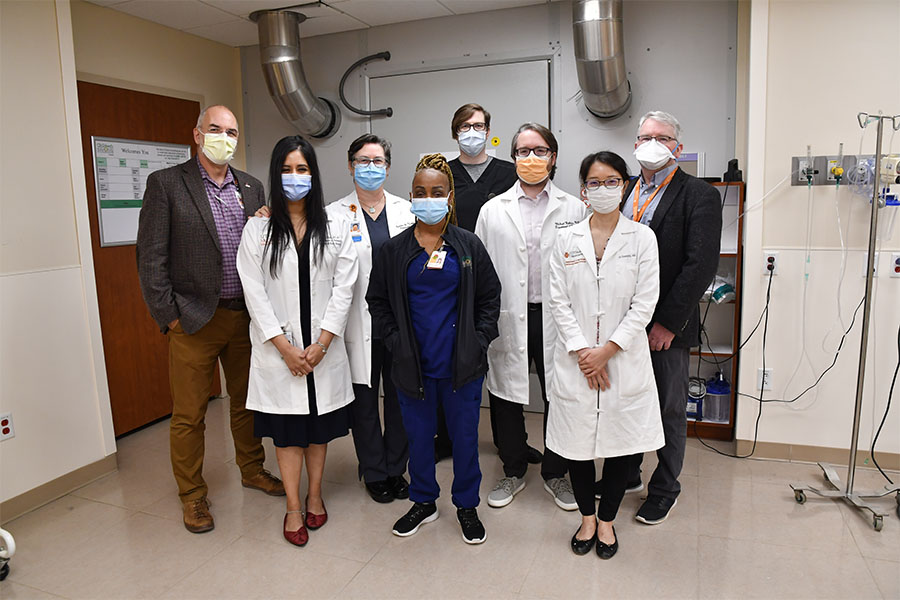 The Wisdom and Vision from the ACMEGS Inaugural Decade
Over the two decades following Cohen’s discovery, the MEG systems of today were created and researchers began producing hundred of publications to move MEG technology into clinical practices. By the year 2000, a group of physician leaders and professional medical organizations began the process of applying for current procedural terminology (CPT) codes to streamline having MEG in clinics. However, in 2016, only 25 MEG centers were considered to be clinically active.

According to the paper, initial attempts to organize and education the clinical MEG community took place around the world, including in Houston in 2002, Erlangen German (2003), and Xylocastro, Greece (2005). The initial conversations eventually led to the inception of the ACMEGS on April 25, 2006. Funke, alongside Gregory L Barkley, MD; Anto I. Bagic, MD, PhD; Roland Lee, MD; and Steven Stufflebeam, MD, PhD; served as the founders and inaugural board members.

Throughout the first half of its decade of existence, the ACMEGS conducted and published research in an effort to safeguard insurance coverage for MEG technology. From there, the organization set its sights on the clinical MEG community and creating a candid dialog to address the challenge or securing the field’s future. That future involves “expanding the application of MEG using more advanced technology and the development of new hardware for MEG to decrease costs, improve signal quality and localization accuracy, and facilitate interpretation.”

“The ACMEGS was born out of utter necessity for organized national efforts centered on two equally vital issues – fair reimbursement and proper clinical acceptance,” the authors said. “It is now an expanding professional organization with the highest level of competence in practice of clinical MEG and clinical credibility contributed collectively by its 21-member centers.”

The 10 Common Evidence-Supported Indications for MEG in Epilepsy Surgery: An Illustrated Compendium
In a continued effort to help spread information on the benefits of magnetoencephalography, Funke and his colleagues produced their second paper, highlighting 10 benefits for MEG use for epilepsy surgery.

“Unfamiliarity with the indications for and benefits of MEG persists, even in the epilepsy community, and hinders its acceptance to clinical practice, despite the evidence,” the authors wrote. “The wide treatment gap for patients with drug-resistant epilepsy and immense underutilization of epilepsy surgery had similar effects.”

The 10 everyday situations where MEG could be used to help in the evaluation of people with drug-resistant epilepsy are: (1) lacking or imprecise hypothesis regarding a seizure onset; (2) negative MRI with a mesial temporal onset suspected; (3) multiple lesions on MRI; (4) large lesion on MRI; (5) diagnostic or therapeutic reoperation; (6) ambiguous EEG findings suggestive of “bilateral” or “generalized” pattern; (7) intrasylvian onset suspected; (8) interhemispheric onset suspected; (9) insular onset suspected; and (10) negative (i.e., spikeless) EKG.

“Only their practical implementation and furtherance of personal and collective education will lead to potentially impactful synergy of the two – MEG and epilepsy surgery,” the authors said. “Thus, while fulfilling our missions as physicians, we must not forget that ignoring the wealth of evidence about the vast underutilization of epilepsy surgery – and about the usefulness and value of MEG in selecting surgical candidates – is far from benign neglect.”

Towards Best Practices in Clinical Magnetoencephalography: Patient Preparation and Data Acquisition
For his third paper, Funke teamed with John C. Mosher, PhD, professor in the Department of Neurology on the differences between recording magnetoencephalography for clinical purposes as compared to that for research.

Due to clinical issues such as a patient’s schedule not allowing for a return visit if errors occur, or having different technologists view each set of data, the margin for error is greatly diminished, and a need to ensure everything is correct and consistent arises.

With more than 3,000 MEG recordings of patients between the pair, Funke and Mosher used the paper to share a collection of techniques for implementation into daily routines as a MEG technologist to ensure good operation and high data quality.

To ensure consistency, the paper lays out steps to follow, beginning with MEG technologists rechecking “their scalp measurement data during patient preparation to catch any disturbances and ensure registration accuracy of patient fiducials, electrodes, and head position indicator coils.

In an effort to create a model that could help to expedite the diagnosis of pediatric epilepsy, the lab group found the best results from a model that was able to correctly classify 74 percent of unseen test patients with 85 percent sensitivity, 71 percent specificity, an F1 score of 0.56, and an area under the receiver operating characteristic curve of 0.86.

Indications for Inpatient Magnetoencephalography in Children – An Institution’s Experience
Funke’s most recent paper was published in the June edition of Frontiers in Human Neuroscience and discusses indications and considerations for the complete of MEG on an inpatient basis.

In looking at Data from 2012 through 2020, the researchers found 34 cases where MEG was completed as an inpatient. Upon reviewing all the relevant medical records, associated diagnosing procedures, and subsequent treatment plans, the team identified five indications where inpatient MEG may be practical.

The five indications are: (1) super-refractory status epilepticus (SRSE); (2) intractable epilepsy with frequent electroclinical seizures, and/or frequent or repeated episodes of status epilepticus, (3) intractable epilepsy with infrequent epileptiform discharges on EEG or outpatient MEG, or other special circumstances necessitating inpatient monitoring for successful and safe MEG data acquisition, (4) MEG mapping of eloquent cortex or interictal spike localization in the setting of tumor resection or other urgent neurosurgical intervention, and (5) international or long-distance patients, where outpatient MEG is not possible or practical.

“MEG contributed to surgical decision-making in the majority of our cases (32 of 34),” the authors said. “Our clinical experience suggests that MEG should be considered on an inpatient basis in certain clinical circumstances, where MEG data can provide essential information regarding the localization of epileptogenic activity or eloquent cortex, and be used to develop a treatment plan for surgical management of children with complicated or intractable epilepsy.”