Research leads to tiny tube, other innovations, to save the tiniest babies 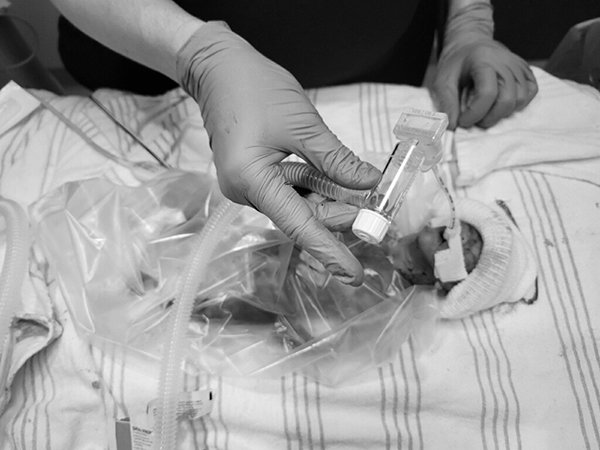 Paola Salazar was just 22 weeks along in her third pregnancy when strong labor pains sent her to the hospital where UTHealth Houston physicians worked hard to give little Jeremiah one more week in his mother’s womb. 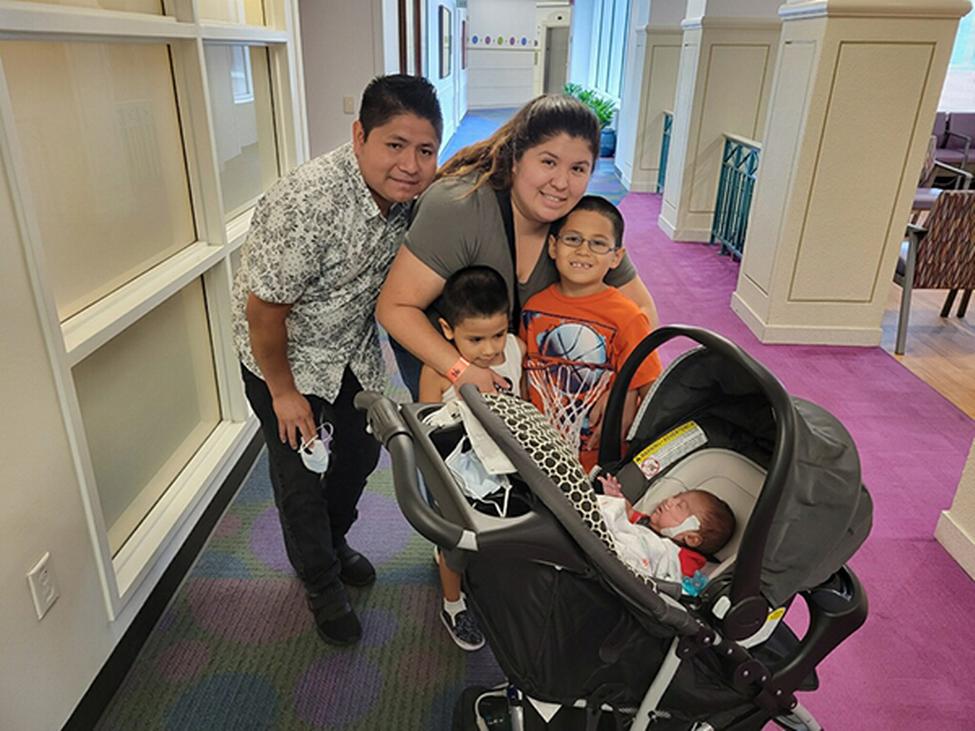 After four months in the NICU, Jeremiah was able to go home with his family. (Photo Courtesy of Paola Salazar)

At 23 weeks, two days, Jeremiah couldn’t wait any longer and was born at Children’s Memorial Hermann Hospital weighing just over a pound, and the difference for his survival came down to a tiny breathing tube that isn’t standard at many hospitals.

Prior to Jeremiah’s birth, Salazar met with Matthew Rysavy, MD, PhD, assistant professor in the Department of Pediatrics-Neonatology with McGovern Medical School at UTHealth Houston and director of neonatal research, to plan out his treatment in the neonatal intensive care unit (NICU).

Rysavy leads an international research group, the Tiny Baby Collaborative, that studies how to best provide medical care for patients born as early as Jeremiah. A recent publication by the group showed the importance of a 2.0-mm endotracheal tube to help the smallest babies to breathe.

“When Dr. Rysavy came to meet with me he explained everything like apples and oranges,” Salazar said. “Talking with him made me feel better because we were not alone.”

“We are learning that the earlier babies are born, the more they require different types of care and that might mean different management strategies and it sometimes means different equipment,” Rysavy said. “Prior to Jeremiah’s birth, we were not routinely using this sort of equipment. But based on research that it worked and that you could manage a breathing machine with this very small size tube, our team – and it is important to emphasize that NICU care requires a whole team – knew we could provide better care.” 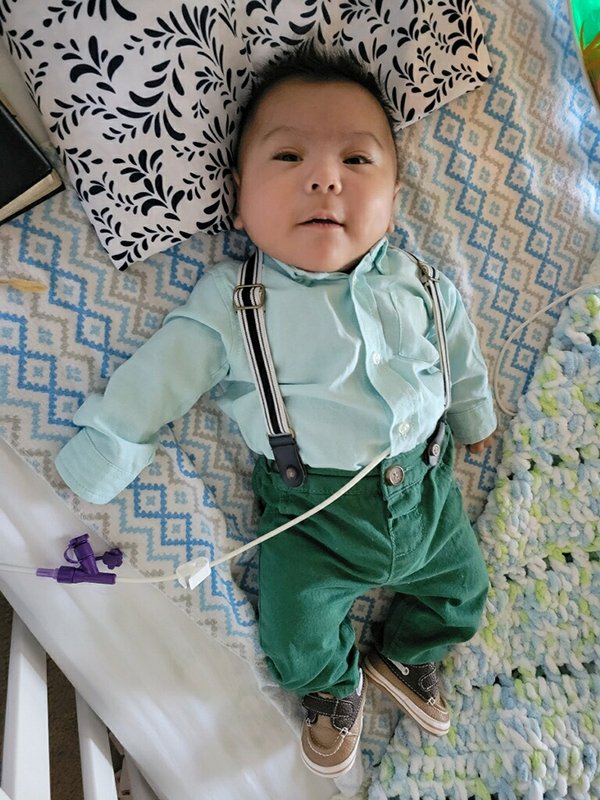 Four months since being discharged from the NICU, Jeremiah continues to get bigger and is slowly learning how to eat. (Photo Courtesy of Paola Salazar)

Rysavy was lead author of 2021 paper published in the Journal of Pediatrics, “An Immature Science: Intensive Care for Infants Born at ≤23 Weeks of Gestation.” In 1971, the article points out, the lower limit of viability was 28 weeks. Today, most babies born at 24 weeks survive, while there are no known survivors at 20 weeks and exceptionally few at 21 weeks. But 22 to 23 weeks is a gray area where babies are beginning to survive more and more with changes in clinical practice.

“The NICU takes care of two kinds of babies, sick babies and preemies. Just because you’re born prematurely doesn’t mean you’re sick. That’s a different issue,” Rysavy said. “When you are born prematurely, it means you just can’t do it yourself. Our job in the NICU is to provide those things that had been provided during pregnancy but that can’t be provided now in the outside world.”

While in the NICU, Jeremiah experienced an infection and needed treatment for a patent ductus arteriosus (PDA), a persistent connection between the two major blood vessels that is normal in a fetus but can cause problems in preemies after birth.

“Dr. Rysavy was amazing during all of my journey. From the beginning, if it wasn’t for him, we wouldn’t have tried,” Salazar said. “I was hopeless before him. He gave us so much hope.”

Four months later, just before his original due date, Jeremiah was discharged from the hospital after building up his strength to breathe on his own. He was met by two adoring brothers, ages 8 and 5.

“My other two kids are in love with their baby brother. They are super smart so I explained everything to them before he came home. They were so in love when he got here,” Salazar said.

Jeremiah is up to 15 pounds. He is now off oxygen and still has a feeding tube as he slowly learns to eat. For his continued care, Jeremiah sees Fatima Boricha, MD, assistant professor of pediatrics at McGovern Medical School and pediatrician at the UT Physicians Pediatric Center Neonatal High Risk Clinic.

Salazar has a message for other NICU families facing similar challenges: “Everything you’re going through is worth it. There is a light at the end of the tunnel. Just hang in there. You can do it.”