ADHD vs. Bipolar: Diagnosing the Difference in Kids 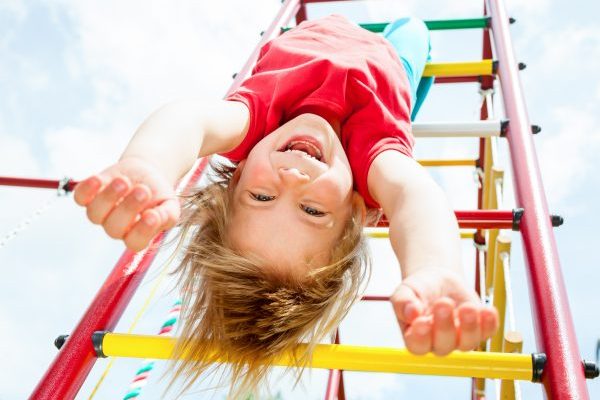 Diagnosing behavioral conditions can be challenging, especially in kids. Consulting a specialist with a trained eye, who follows best practices for sifting through the symptoms, can make all the difference in obtaining a correct diagnosis—and treating the condition appropriately: Enter Cristian Zeni, M.D., Ph.D., a pediatric psychiatrist and faculty member at UTHealth Department of Psychiatry and Behavioral Health. Zeni understands the complex factors involved in this overlap between ADHD and bipolar disorder.

“These mental health problems in children seem to surface most at school, when children are with their same-age peers. They can become distressed by school demands, worsening their mood symptoms,” explains Zeni. He reminds caregivers: “When children can’t verbally explain what’s happening, they can express themselves in different ways of acting out.” For example, a child may experience anxious thoughts and express it nonverbally by displaying excessive agitation, which can be confused for hyperactivity.

Children may also show unspecific symptoms. For example, irritation or temper outbursts may indicate that something more is happening than frustration; a child may be experiencing manic, depressive or psychotic symptoms. And while some standardized psychological assessments exist, including scales that help differentiate various conditions, a single, comprehensive test does not exist for testing the entire spectrum of possible conditions in children. The spectrum of issues in children is broad. At one end, it can include bipolar disorder, or may include intermediate bipolar, where symptoms present for different durations. On the other end of the spectrum, tantrums and outbursts may show up as a severe emotions, or mood- dysregulation, with frequent short outbreaks that are disproportional to their cause: Behavior that is currently not associated with bipolar disorder.

For pediatric psychiatrists and psychologists, getting to know a child during a single visit is challenging. To obtain clearer information about a child’s condition, a skilled child psychiatrist or psychologist requires more time, and also seeks input from parents and from school, where children spend a large portion of their time. Not all problems occur at school. “If a child’s problems are happening everywhere, are basically pervasive,” adds Zeni, “we can focus on addressing a specific diagnosis, conditions, and treatments.” Psychiatrists review the trajectory of a child’s life to help identify issues that may have occurred earlier in development. Conditions that are not linked to a brain disorder do not always respond to medication, such as family violence, neglect, or unstructured environments. In those cases, a more psychological approach may help address issues.

Meanwhile, it is crucial to remain aware that children are still developing—especially important when deciding whether to prescribe medications, and which ones. Certain conditions respond to medications, like severe depression, bipolar disorder, and ADHD. Mood stabilizers, antidepressants, stimulants are examples of medications that help control the main symptoms of these disorders. The good news is that roughly 60% of kids with ADHD will eventually outgrow it. But those with bipolar disorder will continue to experience symptoms, which are likely to increase as they age.

One of the most promising ways to differentiate between a diagnosis of bipolar disease and one of ADHD is using biomarkers. Zeni is conducting research that studies the genetics of ADHD. He is researching “pharmacogenetics,” which tracks how a person responds to medication based on his or her genetic markers. Zeni is researching a specific gene, referred to as BDNF, which generates a special protein that has appeared in higher levels in those youngsters with bipolar disorder. Based on his studies, it appears that measuring these biomarkers may provide a shortcut for helping early diagnosis and treatment of children with bipolar disorder, which has shown to respond best when discovered and treated as early as possible.

For those interested in participating in research on bipolar disorders or learning more about it, please call 713-486-2627.