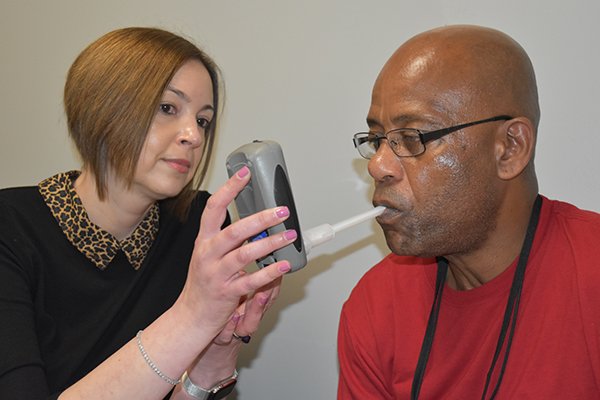 With the help of a clinical trial led by UTHealth’s Luba Yammine, PhD, RN, FNP-C, smoker Phillip Robinson has reduced the number of cigarettes he smokes. (Photo by Rob Cahill/UTHealth)

Phillip Robinson has gone from 10 cigarettes a day to one or two every other day after enrolling in a smoking cessation clinical trial launched by researchers at The University of Texas Health Science Center at Houston (UTHealth). To help smokers quit, researchers are using a drug known more for helping people with diabetes control their blood sugar.

With the support of a Center for Clinical and Translational Sciences Scholar Award and PARTNERS Research Award, Luba Yammine, PhD, RN, FNP-C, an assistant professor in the Department of Research at Cizik School of Nursing at UTHealth, and Joy Schmitz, PhD, professor of psychiatry and behavioral sciences at McGovern Medical School at UTHealth, plan to recruit 90 volunteers. PARTNERS stands for Providing Advancement Resources To Nursing Education Research and Students and is an organization that supports Cizik School of Nursing. 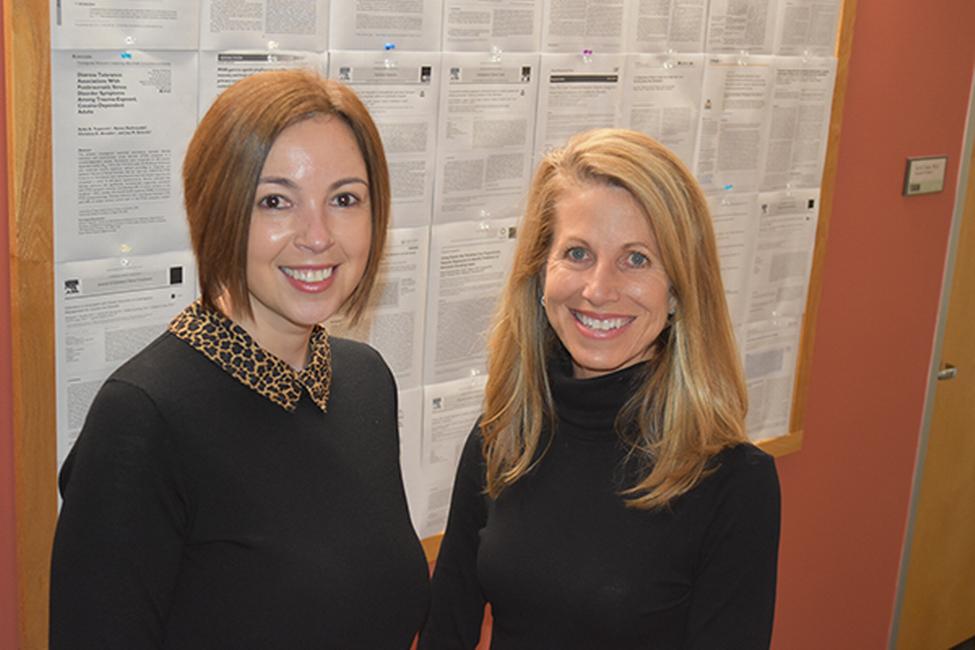 “Preclinical and clinical studies have demonstrated that a Food and Drug Administration-approved diabetes drug with the generic name of exenatide can decrease consumption of food and other addictive substances such as alcohol and nicotine,” said Yammine, the study’s principal investigator. “These findings prompted us to investigate exenatide as a potential treatment for smoking cessation. We think that this drug will help with smoking cessation through the mechanism of reward – people will experience less enjoyment when they smoke. It may also help to decrease cravings for cigarettes and withdrawal symptoms that people may experience when they try to quit smoking.”

Cigarette smoking is responsible for more than 480,000 deaths per year in the U.S., including more than 41,000 deaths resulting from secondhand smoke exposure, reports the Centers for Disease Control and Prevention. This is about one in five deaths annually, or 1,300 every day.

“Tobacco use remains the leading cause of preventable death. Effective treatments for smoking cessation exist, but we still see a high rate of relapse,” said Schmitz, the Louis A. Faillace, MD Professor in the Department of Psychiatry and Behavioral Sciences at McGovern Medical School.

“Exenatide targets a different mechanism of action that holds promise for pharmacological treatment of smoking and possibly other addictive behaviors,” Schmitz said.

Yammine said exenatide is a glucagon-like peptide-1 receptor agonist (GLP-1RA). In the clinical trial, the drug is being studied in people who are prediabetic, or overweight but not diabetic. They must be between 18 and 75 years of age and make an earnest attempt to quit smoking.

Participants receive six weeks of treatment with exenatide or placebo in the double-blind, randomized trial. Clinic visits take place at the Center for Neurobehavioral Research on Addiction at UTHealth. The trial is registered on clinicaltrials.gov (NCT02975297).

Robinson, who has now completed the trial, received a weekly injection over a six-week period and nicotine patches to curb his urge to smoke. He also received individual smoking cessation counseling. To verify his smoking status and abstinence from smoking, his breath carbon monoxide levels were tested at every appointment.

“I started 25 years ago and I wished I hadn’t. I used to smoke a half pack or more of cigarettes a day. Now, I’m down to no cigarettes or one cigarette a day,” said Robinson, a 60-year-old maintenance supervisor.

Robinson had tried unsuccessfully to quit on his own. “I tried the gum. I tried the patches. But, I didn’t get far. I know cigarettes are not good for you but it’s hard to stop,” he said.

When Robinson heard about the trial, he decided to give it a shot. “I wanted to try something different. I liked the fact that the study involved an existing drug,” he said.

Robinson and his wife Mindy Lee Robinson have a young son named Phillip Robinson III. “I’m doing this for my family, too,” he said.

“The obtained data will provide information for a larger study,” Yammine said.