Psychopathology, Life, and Society: Coulrophobia: Are you afraid of clowns?

Psychopathology, Life, and Society: Coulrophobia: Are you afraid of clowns? 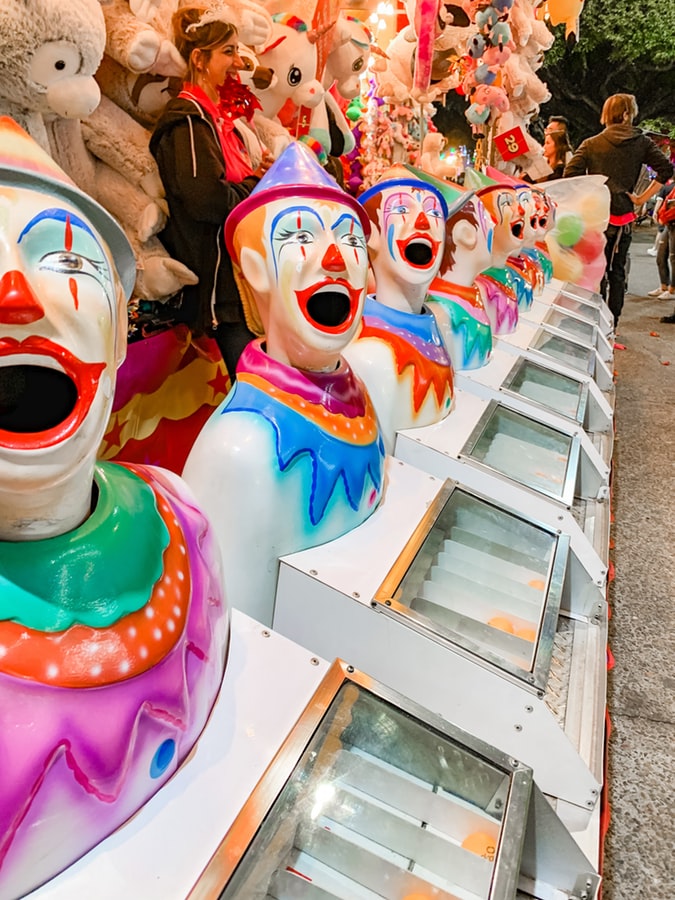 When we think of clowns, one of two visions usually come to mind. It’s either the playful, friendly clown at your birthday party or the evil, scary clown that haunts you in your nightmares. The recently release of the movie “It” inspired me to write about an issue anecdotally reported to psychiatrists by their patients but rarely discussed in the psychiatric literature: coulrophobia, or the phobia of clowns.

As usually done when facing an unusual clinical situation, my first impulse was running to PubMed. A search using the term “coulrophobia” revealed only two articles. A simple Google search, however, produced more than 350,000 results. The Internet seems to be swarming with websites addressing different aspects of the fear of clowns, most of them richly illustrated with colorful, and often rather scary, pictures. Curious information is available in these websites. For instance, I was able to learn that the word coulrophobia seems to have been originated from the combination of phobia with kōlobatheron (which means “stilt” in Greek). For some mysterious reason, the creators of the term, which apparently was incepted in the late 1980s/early 1990s, decided that stilts were the best element to represent the fear of clowns, at least from an etymological standpoint. I was also surprised to learn about a so called archetype of the “evil clown”, which represents the antithesis of the traditional comic clown and is sometimes mentioned in association with the concept of coulrophobia.

However, does that make sense? A specific phobia, according to DSM-5 1, corresponds to “marked fear or anxiety about a specific object or situation”. Although the term coulrophobia is not mentioned in DSM-5, fear of “costumed characters” is cited among the different types of phobic stimuli, particularly in children. Of notice, DSM-IV criteria C 2, according to which the diagnosis of specific phobia would require the fear to be recognized by the person as “excessive or unreasonable,” was removed in DSM-5. Instead, it is now stated that, in specific phobias, “the fear or anxiety is out of proportion to the actual danger posed by the specific object or situation and to the sociocultural context”. Although DSM-5 later clarifies that “individuals with specific phobia often recognize their reactions as disproportionate, they tend to overestimate the danger in their feared situations, and thus the judgment of being out of proportion is made by the clinicians”. That leads us to an interesting conclusion: if evil clowns, such as the protagonist of the movie mentioned earlier, were indeed real, feeling afraid of them would not at all be considered irrational or disproportional, but a matter of survival. Therefore, fear of a supposed “evil clown” would not, technically, correspond to an actual phobia. One of the articles located through our PubMed search utilizes a similar argument when discussing the fear associated with widespread allegations involving the sightings of people disguised as “creepy clowns” in out of-context environments, such as the vicinities of schools, back in 2016 3.

No, a true phobia of clowns should meet full criteria for a phobic disorder. Clowns, in their traditional presentation, are usually associated with feelings of joy, fun, and amusement. An intense and irrational fear of them, to the point of producing significant suffering and a certain degree of potential functional impact, would meet criteria for a specific phobia or, in this case, coulrophobia, for lack of a better term. I have previously met adult people who confided me they were afraid of clowns but seemed to have adapted themselves to their phobia fairly well. An interesting clinical feature of phobias is that the fear and anxiety usually varies according to the proximity to the respective fearful element. In some cases of specific phobia, completely avoiding the stimulus in question may be challenging may be challenging (e.g, fear of flying, driving, thunderstorms, and injections) but, in the case of clowns, it might not be impossible. Still, as a psychiatrist, I would be very interested in learning about the potential distress experienced by individuals suffering from coulrophobia during periods like these past few weeks with the extensive advertisement and release of IT Chapter Two.

What about treatment? There is no literature data specifically addressing the treatment of coulrophobia, although we can possibly infer that, similarly to other specific phobias, it would respond well to cognitive-behavioral therapy. Techniques such as systematic desensitization would probably be of benefit. Despite the curious and unique nature of this condition, we can surely state that patients experiencing enough distress associated with it should surely be encouraged to seek treatment and its importance should not be, by any means, minimized.