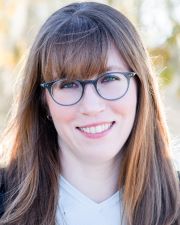 Amanda Helminiak, MD, joined the Department of Psychiatry and Behavioral Sciences as an assistant professor in July 2015. She is a board-certified psychiatrist at UTHealth Harris County Psychiatric Center (HCPC). In addition to providing patient care in a general adult acute unit, Helminiak is actively involved in both medical student and resident education. Her primary educational interests include acute psychiatry, mentorship and physician wellness. These interests and involvement in resident education led her to be named the associate training director of the residency program in 2017. Her goal in this position is to empower the residents and amplify their already strong capabilities.