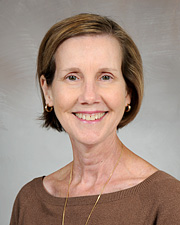 Laurie Schneider, MD, assistant professor of psychiatry and behavioral sciences, has been with the department for over 15 years. She is an attending psychiatrist on UTHealth Harris County Psychiatric Center’s (HCPC) Psychosis Unit . Other clinical areas of expertise include anxiety/OCD and mood disorders. Schneider received her medical degree from Texas Tech University Health Science Center and completed her residency training in psychiatry from the University of Texas Health Science Center at Houston. Since joining the department in 2000, Schneider has been co-principal investigator on several funded research programs on the psychopharmacology of schizophrenia. She is also actively involved in training residents and medical students during their rotations at UTHealth HCPC.