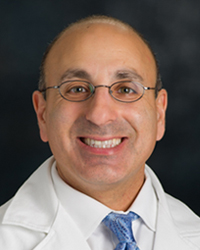 Dr. Hanna received a Bachelor of Arts Degree from the University of North Carolina at Chapel Hill, where he also attended dental school from 2000-2004, earning a Doctor of Dental Surgery Degree. He finished a one-year oral and maxillofacial internship at the now-historic Charity Hospital, Louisiana State University Health Science Center in New Orleans, between 2004-2005. He then went on to finish the final four years of his oral and maxillofacial surgery residency at the University of Miami/Jackson Memorial Hospital in Miami, Fla.

Dr. Hanna joined The University of Texas Health Science Center at Houston (UTHealth) School of Dentistry’s Department Oral and Maxillofacial Surgery in 2011. Since then, he has served on the Facial Trauma Team at Memorial Hermann Hospital and Ben Taub General Hospital in the Texas Medical Center. He currently serves as Chief of the Oral and Maxillofacial Surgery Service at Lyndon B. Johnson Hospital. His research interests include office-based anesthesia and facial-bone reconstruction.

Dr. Hanna is originally from the beautiful Tar Heel State of North Carolina. He now happily calls Houston his home with his wife, who is also a devoted UT doctor.