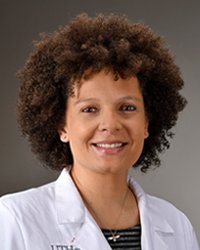 Born and raised in Midland, Texas, Dr. Ritha (Rita) Belizaire earned her undergraduate degree in biomedical engineering from Yale University in 2002 where she also earned a 4 year varsity letter as a member of the Division 1 women’s soccer team. She then took time off before entering medical school to teach 7th grade math and science in the South Bronx. She completed her medical education at the University of Texas Health Science Center in San Antonio in 2008 and entered general surgery residency at the University of Cincinnati. During that time she was awarded a NIH T32 training grant to study the Effects of Storage on Red Blood Cell Units using a murine model of hemorrhagic shock and resuscitation. She also developed a passion for medical mission work, taking multiple trips to Haiti over the next several years. After graduating surgical residency in 2015, she completed the American College of Surgeons’ Transition to Practice fellowship at Montefiore Medical Center in the Bronx as a member of the Acute Care Surgery division. She then went on to complete a fellowship in Colon and Rectal Surgery at Mt. Sinai West/St. Luke’s Hospital in New York City in 2017. After fellowship, she served the downtown Brooklyn community at The Brooklyn Hospital Center for two years practicing general and colorectal surgery. She now joins UTHealth with practice locations at LBJ and Memorial Hermann Hospital. Dr. Belizaire is passionate about health care equity and providing quality surgical care to underserved and vulnerable populations. Outside of the hospital, she enjoys cooking, playing soccer and spending time with her daughter.