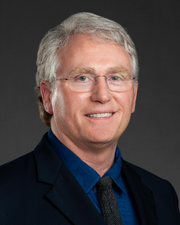 John Conway is a Board Certified and Fellowship-trained Sports Medicine Orthopedic Surgeon practicing in Houston, Texas as an Associate Professor at the McGovern Medical School at UTHealth Houston, and currently specializing in sports and active lifestyle medicine, with a clinical and research emphasis on upper extremity sports medicine, baseball medicine, and complex shoulder and elbow reconstruction. He is nationally recognized as an authority on shoulder and elbow injuries in overhead athletes.

He was awarded the James R. Andrews Excellence in Baseball Sports Medicine Award from the American Sports Medicine Institute in 2010 and the Jack C. Hughston Sports Physicians Award from the American Physical Therapy Association / SPTS in 2016.  Selected by his peers, he was listed in Orthopedics This Week as one of the Top 20 North American Shoulder Surgeons in 2015 and one of the Top 19 U.S. Sports Medicine Surgeons in 2013.  In 2015 he was described as one of “59 Great Orthopedic Surgeons Recommended by Healthcare Leaders” in Becker’s Orthopedic and Spine Review. He has been listed frequently as a Top Doctor by US News and World Report, listed every year in Best Doctors in America since 1996 and in Texas Super Doctors since 2004.

Dr. Conway is currently an Assistant Team Physician for Justin Sports Medicine.  He is also past Head Team Physician for both the Texas Rangers Baseball Team and the University of Texas at Arlington and a past Team Orthopedic Consultant for Texas Christian University Baseball. He has authored or co-authored more than 50 scientific publications and given more than 250 international, national, regional, and local presentations on sports medicine-related topics.

A native of Dallas, Texas, Dr. Conway is married and has two daughters.