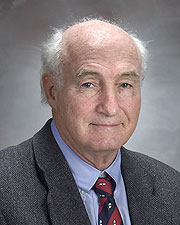 Development of vaccines and host directed therapies for post-primary tuberculosis (TB) is impeded by a flawed paradigm that granulomas are the key lesion of both primary and post-primary TB. As a result, investigators have neither reliable targets nor biomarkers. This paradigm derives from animal studies in the late 20th century. We have rediscovered, confirmed and extended the paradigm that obstructive lobular pneumonia, not granulomas, is the precursor lesion of post-primary TB (1-7). This lesion is seldom seen because it is asymptomatic. It develops in people with sufficient immunity to heal all granulomas. Alveolar macrophages in the least active part of the lung become infected and small bronchioles become obstructed. The lesions spread for months via bronchi before rapidly undergoing necrosis to produce clinical disease. Our recognition of the precursor lesion of post-primary TB and development of an animal model provide both a target and biomarkers for development of host directed therapy. Such therapies involving immune checkpoints are being intensively studied for cancer. We use methods and results of studies with cancer in coordinated studies of human and mouse TB to define the microenvironment of developing post primary TB and evaluate agents for host directed therapy of TB.

1. Hunter, R. 2015. Tuberculosis as a three-act play: A new paradigm for the pathogenesis of pulmonary tuberculosis. . Submitted.

1970-1980 Instructor, Asst. and Assoc. Professor of Pathology, University of Chicago

1973- Board Certification – Clinical and Anatomic Pathology

Professor of Pathology, School of Medicine

Director of Ph.D. Program in Experimental Path., Graduate School of Arts and Sciences

Awards and Other Professional Activities:

2015 – Gold Headed Cane Award from the Association of Clinical Scientists

by the Houston Society of Clinical Pathologists

2014 – Presidents Award of The Texas Society of Pathologists