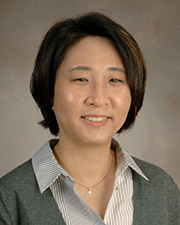 Compartmentalization of eukaryotic cells ensures the creation of highly-specialized microenvironments, each with its own unique proteome, such that cellular functions can be spatially organized and optimized. Segregation of the cell into discrete organelles, however, creates a need for compartment-specific quality control systems capable of maintaining homeostasis in a unique subcellular compartment. While a loss in overall protein homeostasis in various organelles has been linked to disease states, increasing evidence suggests that communication between the compartment-specific stress response mechanisms plays a pivotal and essential role in establishing the susceptibility of the cell to a wide array of protein misfolding diseases.

Our laboratory is interested in understanding the role of cross-compartmental communication between stress responses on the metabolic state of cells during pathological conditions. We utilize a powerful genetic model system — C. elegans — to study the basic biology of highly conserved compartment-specific stress responses with a specific emphasis on the mitochondrial stress response. Mitochondria are known to serve as cellular powerhouses in the cell. They supply energy for survival, generating energy inside each cell by burning nutrients in the presence of oxygen. Besides producing the energy, mitochondria are involved in many other cellular processes such as signaling, cell death, and growth. Mitochondria are also instrumental in burning fat and breaking it down into smaller components, called lipids. Over the past years, increasing pieces of evidence have associated mitochondrial dysfunctions with aging and age-onset protein misfolding diseases such as Alzheimer’s, Parkinson’s and Huntington’s disease. Since most of the mitochondrial proteins are encoded by the nucleus and made outside of mitochondria, mitochondrial protein homeostasis must greatly rely on the cellular environment outside of mitochondria. By combining biochemical tools, cell biology, and genetic analyses in C. elegans and mammalian cell culture systems, we have discovered how mitochondrial stress responses propagate a cascade of signals to improve protein homeostasis and disease pathology in the cytosol of the cell by altering lipid metabolism.

Our research focuses on the communication of mitochondrial stress response with other parts of the cell in various stress and disease states. The central hypothesis is that mitochondria play a central role in cellular protein homeostasis by carrying out metabolic regulation. To test this hypothesis, we apply an integrated approach that combines effective biochemical tools, genetics, cell biology, proteomics, and metabolomics. Our goal is to contribute to the treatment of protein misfolding diseases such as neurodegenerative diseases, sporadic and hereditary inclusion body myositis, and age-onset cardiovascular diseases.