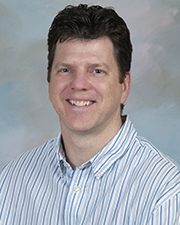 We focus on signaling pathways regulated by Rho GTPases that contribute to breast cancer initiation and progression. Rho GTPases are small GTP binding proteins that function as molecular switches to control various aspects of cell motility and proliferation, including actin cytoskeletal organization, cell cycle progression and mitosis. Current studies center on the role of the RhoA activating protein Net1 in breast cancer initiation and progression. Net1 is a unique RhoA regulatory protein that shuttles between the nucleus and plasma membrane and is overexpressed in a number of human cancers, including breast cancer. We have shown that Net1 is required for breast cancer cell motility and invasive activity, mitotic progression, and DNA damage responses in breast cancer cells, and for normal mammary gland development in the mouse. Ongoing projects in the lab include: a) defining molecular mechanisms by which Net1 proteins control breast cancer cell motility in vitro and metastasis in vivo; b) characterization of the role of Net1 in regulating mitotic progression and genomic stability; c) understanding how Net1 regulates the cellular response to DNA damage caused by therapeutics relevant to breast cancer, such as ionizing radiation and DNA damaging agents; d) elucidating the role of Net1 in mouse mammary gland development, tumorigenesis and metastasis.

A tutorial in my laboratory will provide a student with experience in molecular, biochemical, and cell biological techniques used in studying signaling in breast cancer cells in vitro and in mouse models of breast cancer.