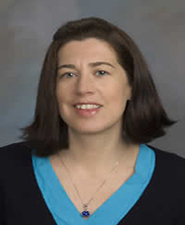 The synthesis of ribosome is aberrantly increased in almost all cancers. The rate-limiting step in ribosome biogenesis is the production of the ribosomal RNA (rRNA), which is found dramatically unregulated in cancers. Strikingly, tumors are found to be much more sensitive than normal cells to the inhibition of rRNA production, indicating that pathways involved in the regulation of rRNA synthesis constitute a therapeutic vulnerability for cancers. Our goal is to identify novel means to block rRNA synthesis to limit the proliferation and survival of cancer cells. A critical barrier to developing affective inhibitor of rRNA synthesis is our poor understanding of the molecular mechanisms responsible for the aberrant regulation of rRNA production in cancers. Thus, a lot of our projects are focused on identifying novel pathways and key regulators of rRNA transcription in cancer cells. We recently uncovered that the transcriptional regulator and oncogene Pelp1 is part of an essential rRNA processing complex required for the production of the 28S rRNA. We are currently identifying the mechanisms by which Pelp1 regulates rRNA synthesis during breast cancer development.

​Emerging evidence indicate that cancers also produce specialized ribosomes that selectively translate a proteome supporting cellular transformation and tumor development. One mechanism by which this alteration in ribosome function occurs in cancer is through aberrant changes in the methylation pattern of the rRNA. Because the rRNA constitutes the catalytic core of the ribosome, methylation of its residue directly affects translation accuracy and specificity towards certain types of mRNAs. Although several rRNA methyltransferases are found overexpressed in cancers, pathways regulating their function as well as how their activity shapes the cancer proteome are poorly understood. Our goal is to identify breast cancer-specific rRNA methylation patterns and determine how these changes influence ribosome function. We are particularly interested in identifying mRNAs preferentially translated by these cancer-specific ribosomes.

The cell cycle is the sequence of events that cells use to faithfully replicate their DNA and segregate their duplicated chromosomes equally between two daughter cells. Cyclins regulate the cell cycle positively by binding to and activating cyclin-dependent kinases (CDKs). Phosphorylation of specific targets by cyclin-CDK complexes set in motion different cellular processes that drive the cell cycle in a timely and highly regulated manner. CDKs are negatively regulated by CDK inhibitors that physically associate with and inhibit their activity to promote cell cycle arrest. Cells commit to proliferate, or not, during the G1 phase of the cell cycle. The decision to enter the cell cycle from the resting G0 phase is influenced by the summation of extracellular signals such as nutrients and mitogens. The point in G1 at which commitment occurs, when the cells no longer requires growth factors to complete cell division, is termed the restriction point. Once cells pass this point, they are irreversibly committed to complete their round of division. This complex molecular checkpoint, that impinges on the cell cycle apparatus at many levels, remains poorly understood. However, it is well recognized that loss of the G1/S checkpoints is an important step in the initiation of cancer. Our lab studies the signaling pathways that govern the G1 to S phase progression to better understand their deregulation during cancer development. We are particularly interested in the cyclin-CDK inhibitor p27Kip1, which was first identified as a negative regulator of G1 progression.

Based on tumor predisposition of p27Kip1 null mice, p27Kip is regarded as a nuclear tumor suppressor. However, human malignancies rarely select for deletion/inactivation of the p27Kip1 gene, a hallmark of tumor suppressor genes. Instead, p27Kip1 is often found either absent or relocalized to the cytoplasm in some aggressive metastatic cancers. We found that p27Kip1 is strongly present in the cytoplasm of human invasive and metastatic melanomas. Using in vivo models of metastasis, we demonstrated that cytoplasmic p27Kip1 dramatically increase the metastatic potential of melanoma.

Projects in the lab: