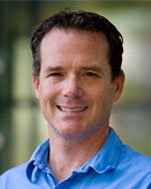 Nicholas Justice obtained a B.A. from the University of California at Berkeley, with a major in Molecular and Cellular Biology and a minor in Philosophy. He completed honor’s thesis undergraduate work with John Ngai studying the olfactory system in zebrafish. Moving across the bay to San Francisco, he completed his graduate studies in Neuroscience at the University of California, San Francisco (UCSF). He studied in the lab of Yuh Nung Jan where he wrote his Ph.D. dissertation on mechanisms of neural cell fate specification in Drosophila melanogaster. For post-doctoral training, Nick moved to the Salk Institute in San Diego, where he studied under Wylie Vale and learned the intricacies of how the body responds to stress. He then moved to Houston as an Instructor at Baylor College of Medicine studying stress in Alzheimer’s Disease, before accepting a faculty position at IMM.

The role of stress in Alzheimer’s Disease pathogenesis

The role of stress in Alzheimer’s Disease pathogenesis

Recent evidence suggests that the presence of anxiety and depression, or elevated cortisol, at the earliest stages of Alzheimer’s disease (AD) predict accelerated disease progression. While the negative consequences of high levels of cortisol on neuronal function and survival have been understood for many years, little is known about why this system becomes over-active in AD or in other neurodegenerative diseases. We aim delineate the mechanisms of stress pathway disruption in AD. This will provide important clues on how stress biology interacts with neurodegenerative disease to produce neuropsychiatric co-morbidities such as late-life depression, increased anxiety and even PTSD. Our long term goal is to demonstrate that pharmacologically targeting the CRF system is a viable option to treat anxiety-related features of neurodegenerative disease and to potentially limit the progression of these debilitating diseases.