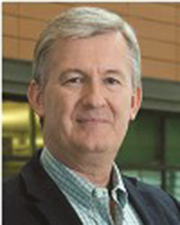 In spite of much progress, cardiovascular disease remains the leading cause of mortality and chronic disability in our society. High blood pressure (hypertension) is a major force creating cardiovascular disease by causing or exacerbating injury to the blood vessels (atherosclerosis), the heart (heart failure), the brain (stroke) and the kidney (progressive renal disease). The impact of these diseases on public health is often underappreciated. For example, progressive kidney disease resulting in insufficient renal function consumes nearly 7% of all US government Medicare spending (an amount equal to the annual budget of NASA) and causes as many deaths each year as breast and prostate cancer combined.

Part of the risk of cardiovascular disease is inherited. Progress in mapping genes causing disease has created excitement that cardiovascular disease can be understood more fully using genetic approaches. However, the inheritance is not simple and cannot be attributed to single genes. Furthermore, risk, including genetic risk, is partitioned between genes contributing to the damaging force (in the broad population this principally means those elevating blood pressure) and those contributing to the capacity of organs to resist injury. The genetic contours of injury susceptibility are poorly defined. More is known about the genetics of risk for elevated blood pressure (hypertension). However, it has become clear in the last 10 years that gene mapping approaches struggle to identify hypertension genes and have little impact on insight into pathogenesis. While GWAS approaches in human populations have had small successes, they have left in their wake the phenomenon of “missing heritability” that raises questions regarding assumptions concerning the role of genetic factors in these common diseases.

Our work focuses on animal models of cardiovascular disease that offer tractable opportunities for investigation. We use genetic, genomic and systems biology approaches to understand the pathogenesis of hypertension and hypertensive end organ disease.