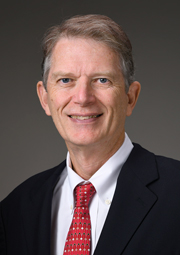 Morphological Correlates Of Learning And Memory

In this Laboratory, our research is concerned with the identification of neural mechanisms underlying learning and memory; the particular focus is on their morphological correlates. Most projects require intracellular recording from identified neurons, intracellular injection of dyes, and several morphological techniques including immunofluorescence and conventional light and electron microscopy.

Sensory and motor neurons underlying the tail-withdrawal reflex in the marine mollusc Aplysia californica have been identified, and changes in their properties have been correlated with changes in the strength of the reflex. One morphological correlate, for example, is the change in neuronal shape which results from learning. We have recently shown that injection of cAMP into individual neurons is sufficient to produce morphological changes that persist for at least 24 hours, and that this modification can be blocked by inhibitors of protein synthesis. Currently, we are examining the time course over which the morphological changes occur.

Morphological techniques are also valuable for the identification of additional elements of the neural circuit which may help to regulate the tail-withdrawal reflex. In particular, there is strong evidence that serotonin plays a critical role in sensitization. Using electron microscopic immunocytochemistry, we have shown that serotonergic varicosities make direct contact with sensory neurons. Other neurotransmitters which play a role in learning include the modulatory peptides FMRFamide, buccalin, and SCPB, which are also produced by neurons that project to the cluster of tail sensory neurons. We are currently examining the ultrastructural relationship of these neural systems.

Morphological Correlates Of Learning And Memory.