Our Patients Look Like This: Cheyenne Meyer Unstoppable Triathlete

A determined spirit with a comeback attitude.

Cheyenne Meyer, 23, was enjoying a training ride for a triathlon championship race when suddenly a car smashed into her left side. She was thrown off the bike and knocked unconscious.

Rushed to the nearest hospital, Cheyenne’s pelvis was broken in seven places, her left hip shattered and her left leg dislocated.  Her sacrum, sternum, two ribs, and left shoulder were fractured. A large piece of glass was lodged in the back of her left arm.

Because her dislocated leg caused internal bleeding, she was flown by Memorial Hermann Life Flight® to Memorial 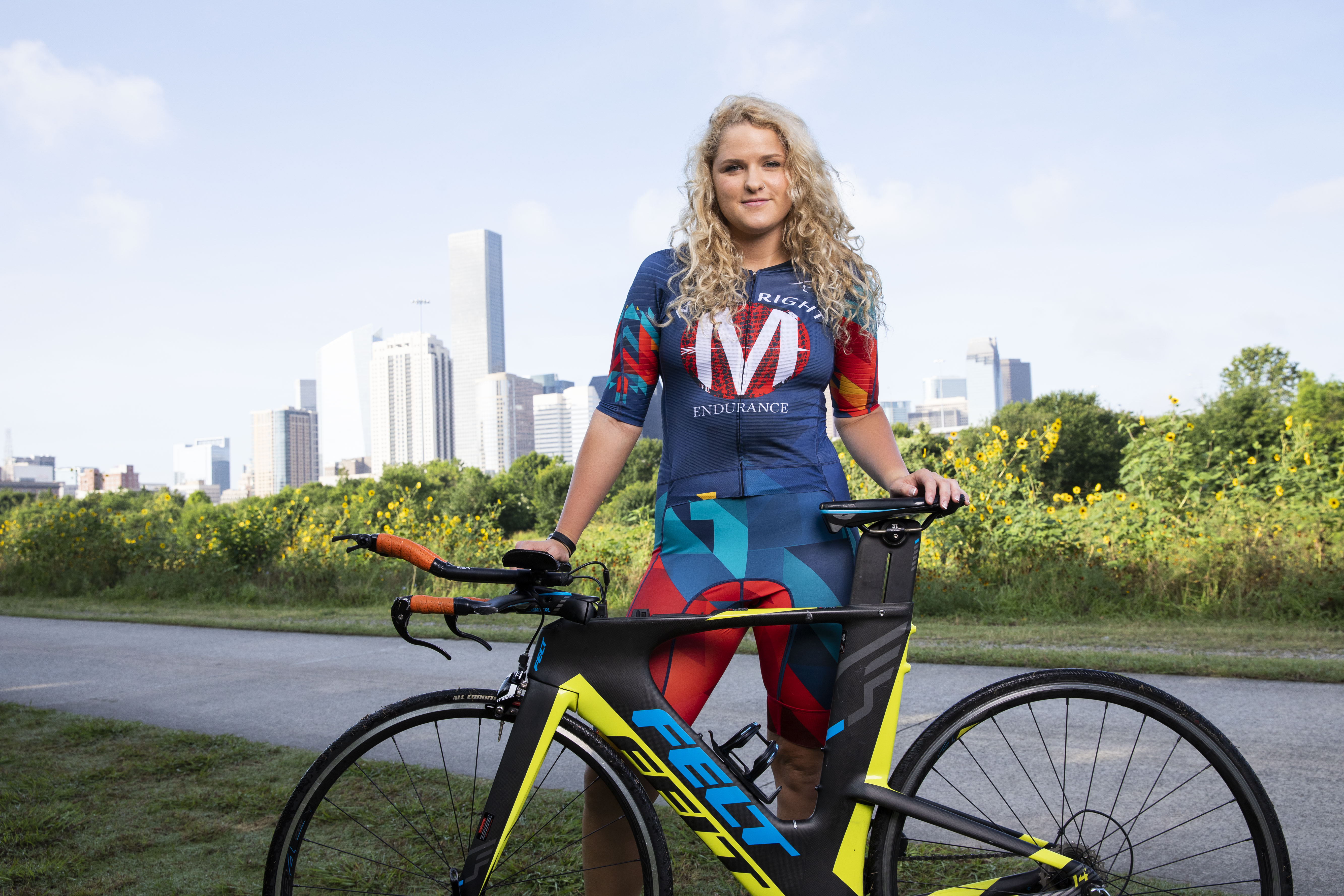 Emergency surgery was performed to stop the bleeding and prevent permanent damage.

The morning after the accident, Dr. Milton “Chip” Routt, an orthopedic trauma surgeon with UT Ortho and the Institute, performed a six-and-one-half- hour surgery to reconstruct her pelvis.

“Dr. Routt was very kind and gave my family updates throughout the surgery,” she remembers.  “I could not ask for a better trauma team and I wouldn’t be alive without them. I am so grateful for UTHealth, Memorial Hermann, and especially Dr. Routt – for putting Humpty Dumpty back together again.”

Cheyenne spent eight days at the Institute and then moved to a rehabilitation facility for two weeks. Rehab was followed by six weeks in a wheelchair, then a walker, crutches, and finally a cane.

With her trademark winning smile, Cheyenne pushed herself hard during recovery, drawing on the strength she has as an athlete.

Eight months after the accident and fully recovered, Cheyenne was the first female finisher in an Olympic distance triathlon. In other races, she placed first and second in her age group.

The accident changed her outlook on life.  Now, Cheyenne is an advocate for cycling safety and she works with deaf and visually impaired athletes.  She recently guided a blind athlete in a half Ironman in Galveston, Texas, and took another athlete to the national cycling championships in Knoxville, Tenn.

For a comeback nothing less than impressive, Cheyenne earns another first-place finish.