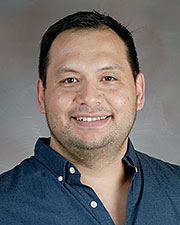 Protein S-acylation is a reversible post-translational modification of cysteine residues by a variety of fatty acid species. Although protein S-acylation was discovered more than 30 years ago and S-acylated proteins have been implicated in pathogenesis of several diseases including cancer, cardiovascular and immune disorders, it remains one of the most understudied post-translational protein modifications. High lability, one of the key features of protein S-acylation, along with its prominent effect on the protein function, makes it an attractive mechanism for the regulation of intracellular signaling. In particular, rapid changes in the protein palmitoylation (S-acylation with a palmitic acid moiety) status could provide a molecular basis for activation of plasma membrane-localized signaling proteins by targeting them into specific plasma membrane subdomains.

We propose a model in which the engaged TCR complex recruits and activates plasma membrane-associated PATs to increase palmitoylation of key signaling proteins. We aim our studies (a) to analyze the dynamics and regulation of stimulus-dependent palmitoylation of Lck, LAT and other members of TCR signaling pathway and (b) to uncover a previously uncharacterized role of DHHC PATs in the regulation of T cell signaling. We expect that inclusion of a novel class of regulatory enzymes into the canonical TCR signaling pathway would greatly expand the range of potential therapeutic targets for diseases associated with altered T cell homeostasis.