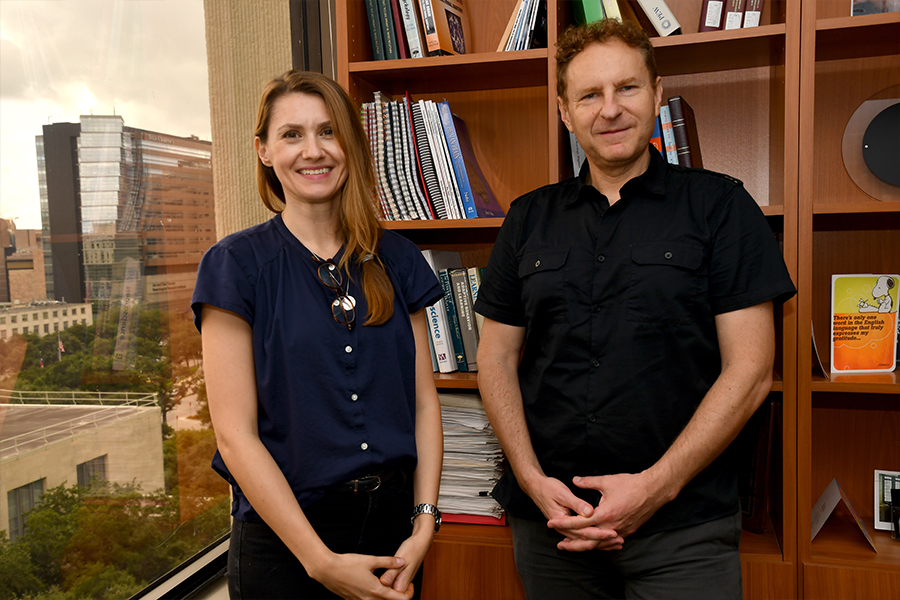 Research from Ariana Andrei, PhD, and Valentin Dragoi, PhD, on cortical inactivation manipulations has been published in eLife.

Recent research from the lab of Valentin Dragoi, PhD, Rochelle and Max Levit Distinguished Professor in the Neurosciences, seeking to understand how the brain generates patterns of activity underlying perception, behavior, and cognition by examining distributed neuronal networks, was published in eLife.

The research, and the paper titled, “Heterogeneous side effects of cortical inactivation in behaving animals,” is a collaboration among the Dragoi lab; John Spudich, PhD, Robert A. Welch Distinguished Chair in Chemistry; Roger Janz, PhD, associate professor in the Department of Neurobiology and Anatomy; and was supported by the NIH Brain Initiative Award given to the trio in 2015.

“Contrary to the commonly held assumption that cortical inactivation has a negligible impact on surrounding cortical tissue, our study revealed highly heterogenous changes in neural population responses hundreds of microns away,” said the first author of the study, Ariana Andrei, PhD. “The most surprising effects are the uncovering of response facilitation and mixture of facilitation and suppression in the middle and deep cortical layers of the distal network, with significant consequences for behavioral performance.”