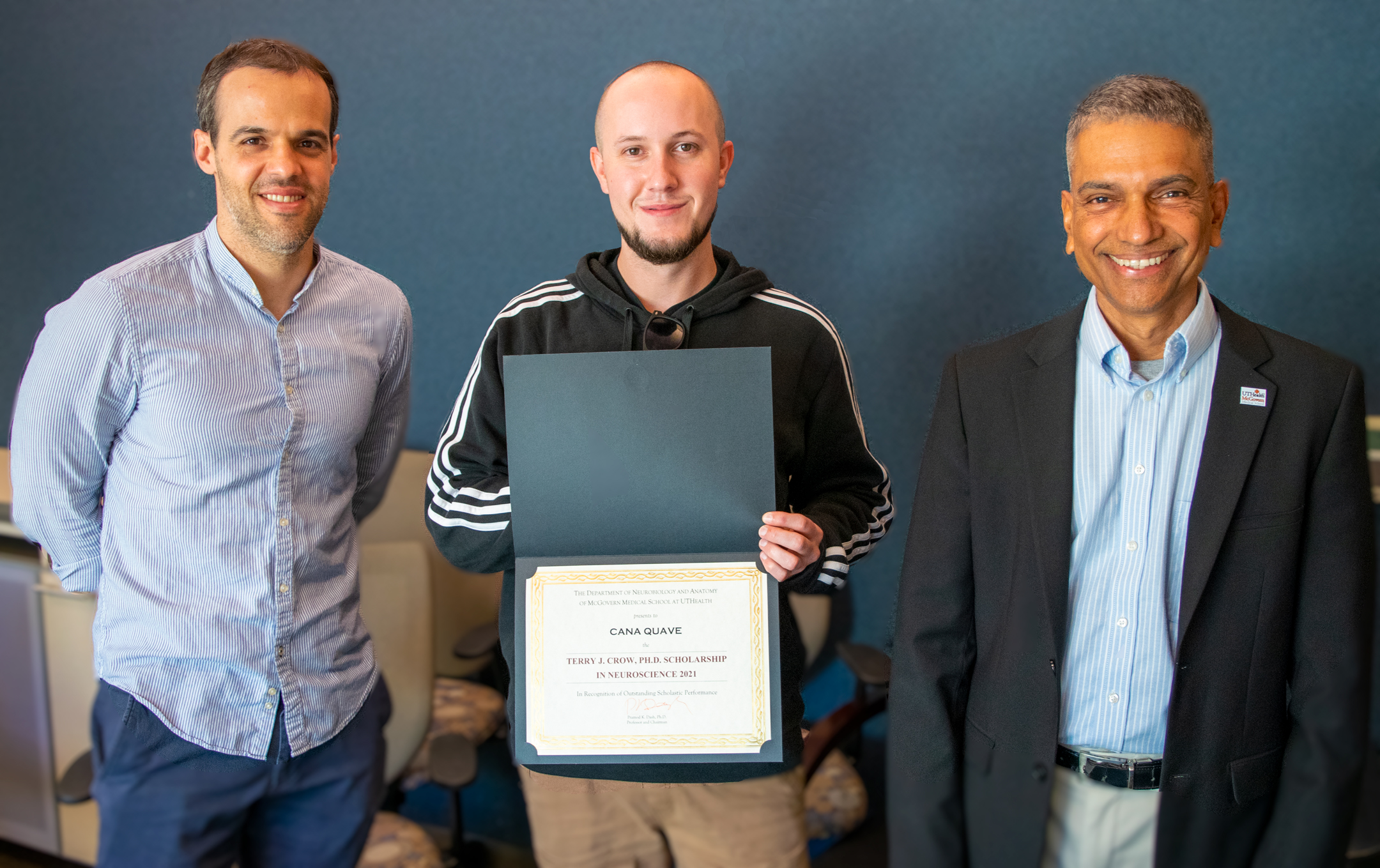 Mr. Cana Quave, PhD candidate in the laboratory of Fabricio H. Do Monte, PhD, in the Department of Neurobiology and Anatomy, is this year’s recipient of the Terry J. Crow, PhD Scholarship in Neuroscience. Mr. Quave received the scholarship for his outstanding scholastic achievements.

Cana received his B.S. degree in psychology at the University of Houston. During his undergraduate education, Cana conducted research on the neurobiology of psychiatric disorders. After completing his undergraduate education, Cana joined MD Anderson Cancer Center and UTHealth Graduate School of Biomedical Sciences. For his doctoral thesis research, Cana is investigating the neural mechanism by which drugs of abuse encourage risk-taking behavior.

The Terry J. Crow, PhD Scholarship in Neuroscience was established in honor of the late Dr. Crow, professor emeritus in the Department of Neurobiology and Anatomy at McGovern Medical School. Dr. Crow was an outstanding neuroscientist who studied the cellular and molecular mechanisms of learning and memory. He made seminal contributions to the field, for which he received both national and international recognition. In addition to Dr. Crow’s substantial contributions to the research activities of the medical school, he was also a superb educator who, during his 27-year tenure, contributed significantly to the institution’s academic mission. He was recognized as one of the best lecturers by medical students and was the recipient of the Dean’s Teaching Excellence Award for 18 years.

Photo: Dr. Pramod Dash, Chair of the Department of Neurobiology and Anatomy at McGovern Medical School, presenting the Terry J. Crow, PhD Scholarship in Neuroscience to Mr. Cana Quave, GSBS student working on his doctoral thesis in the lab of his mentor, Dr. Fabricio H. Do Monte pictured on his left.  (Photo: Mr. John Concha)