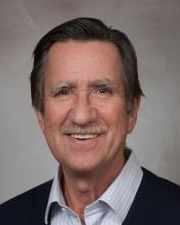 My primary interest is in microbial sensory rhodopsins: their molecular mechanisms and applications as molecular tools for research and gene therapy. After discovery of the first microbial sensory rhodopsin, a phototaxis receptor in an archaeal prokaryote, our subsequent work revealed homologous photosensors to be widespread among both prokaryotic and eukaryotic microorganisms. In particular, we identified sensory rhodopsin homologs in green algae that mediate phototaxis by light-induced membrane depolarization. The photo depolarization is due to light-gated cation conduction by the photosensors, accordingly named channel rhodopsins. Over the years we have implemented photochemistry, structural biology, and biophysical methods to elucidate atomic structure/function relationships in sensory rhodopsin activation, and developed methods for studying their function in animal cells, including neurons and other excitable cells, and in purified systems. Our current research is focused on the light-gated channel activity of channel rhodopsins. In addition to their interest from a basic biology perspective, channel rhodopsins have been the driving force for the technology of optogenetics.

Optogenetics is based on genetic targeting of microbial rhodopsins to defined populations of neurons, enabling use of light to control the targeted neurons’ firing without affecting other neurons in the tissue. Elegant work of neuroscientists has made optogenetics a transformative technology for research on neural circuitry. Because of the temporal and spatial precision provided by using light to activate and silence neuron firing, optogenetics has revolutionized the study of brain circuitry, e.g. learning and memory, the neural determinants of emotions such as pleasure and fear, and the basis of neurological diseases such as epilepsy, Parkinson’s disease, autism, anxiety and depression, and chronic pain. Clinical trials are currently underway using neuron-activating channel rhodopsins in gene-therapy to treat human retinal degeneration diseases causing blindness. The combination of inhibitor and activator optogenetic tools would enhance vision restoration gene-therapy since human vision entails an interplay of photo inhibition and photoactivation of neural pathways. However, until recently, only cation-conducting channel rhodopsins(CCRs) were known, and only weak tools were available for neural inhibition. Our recent discovery of potent neuron-inhibiting natural light-gated anion(physiologically chloride) channels (ACRs) provides new opportunities for neural inhibition for research and clinical use.

Clinical optogenetics necessarily began with a neuron-activating rhodopsins because efficient neuron inhibitors were not available. The discovery of natural rhodopsin anion channels by our laboratory group (Govorunova et al Science2015), which efficiently silence neurons by light-gated chloride conductance, has opened the way for gene therapy for conditions in which excessive neural firing needs to be suppressed. Indeed, neuron hyperactivity is centrally involved either as a cause or as a major symptom in myriad neurological disorders, such as epilepsy, Parkinson’s disease, autism, tinnitus, migraine, and chronic and post-operative neuropathic pain. Also ACRs enable optical control of cardiac function for research and potentially therapy. For example, optical shortening of cardiac action potentials may benefit treatment of cardiac disorders such as long QT syndrome. Our laboratory is currently focusing on understanding the molecular mechanisms of anion channel rhodopsins as well as engineering them for use in optogenetic therapeutics. In addition to pursuing my research interests, I am active as an elected Fellow of the American Academy of Arts and Sciences, one of the country’s oldest learned societies and independent policy research centers, and currently serve as President of the International Union of Photobiology, whose mission is to advance research on the roles of light in biology and on photomedicine, including clinical optogenetics, light-therapy for seasonal depression, DNA photo-damage and carcinogenesis, and photodynamic therapy (PDT) for non-surgical cancer treatment.