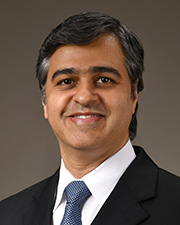 Kourosh Keyhani, DO, FACS is a Board Certified Vascular and General Surgeon.  He has several years of experience in the treatment of vascular disease through open and endovascular techniques. He serves as assistant professor for vascular surgery with the Department of Cardiothoracic and Vascular Surgery at McGovern Medical School, University of Texas Health and Science Center at Houston (UTHealth).  He is a master surgeon in vascular surgery at Memorial Hermann Memorial City Hospital and Memorial Hermann Greater Heights Hospital, where he also holds leadership positions with various committees overseeing the operations of the hospitals.  Under Dr. Keyhani’s leadership, Memorial Hermann Greater Heights Hospital was the first hospital in the nation to be recognized as a Center of Excellence for the surgical treatment of vascular disease by the Surgical Review Corporation.

Dr. Keyhani completed his doctorate of osteopathic medicine at the University of North Texas Health Science Center, followed by a residency training in general surgery at The University of Texas Medical School at Houston (now known as McGovern Medical School at UTHealth).  He then stayed in Houston at UTHealth for his vascular surgery fellowship training with the Department of Cardiothoracic and Vascular Surgery, through the leadership of our very own, founding chair and professor, Dr. Hazim Safi.

He is a member of the Society of Vascular Surgery, Texas Medical Association, and a Fellow with the American College of Surgeons.