The vertebrate visual system provides one of our primary interfaces with the environment and is endowed with absolutely amazing capabilities.  It detects and encodes highly complex features of the surrounding world, such as the type in this sentence, and seamlessly delivers information to the brain at an incredible rate to produce perceptions that guide our behavior.  Furthermore, it can accomplish this task over a billion-fold range of light intensities.  In the broadest sense, my research seeks to understand how the visual system accomplishes this.

My lab applies techniques of cell and molecular biology, genetics, and physiology to understand the mechanisms of synaptic communication in retinal neurons and in particular the mechanisms of plasticity of electrical synapses.  Electrical synapses, composed of gap junctions, are key components of neural circuitry throughout the CNS.  Nowhere is this more apparent than in the vertebrate retina, where electrical synapses play critical roles in all classes of neurons.  These roles include reducing noise at photoreceptor synapses, establishing receptive field sizes of many neurons, coordinating firing of spiking neurons, and establishing oscillations in neural networks.  These functions are closely controlled during light adaptation, influencing the sensitivity and resolution of the retina, and accounting for a large part of the network plasticity.

My lab has revealed many of the molecular mechanisms that control plasticity of electrical synapses in the retina.  Through in vitro and cell culture work, we have shown that phosphorylation of Connexin 36 controls its coupling, and that this mechanism controls an order of magnitude change in coupling in retinal neurons (Figure 1).  Using antibodies we developed that recognize the critical regulatory phosphorylation sites of Cx36, we have been able to map out the signaling pathways that control coupling in AII amacrine cells (Figure 2) and photoreceptors.  We use a variety of in vitro and animal model systems and are using zebrafish and mouse genetics to develop new models to study the functional significance of electrical synapses and the molecular mechanisms of their plasticity in the retina and elsewhere in the central nervous system. 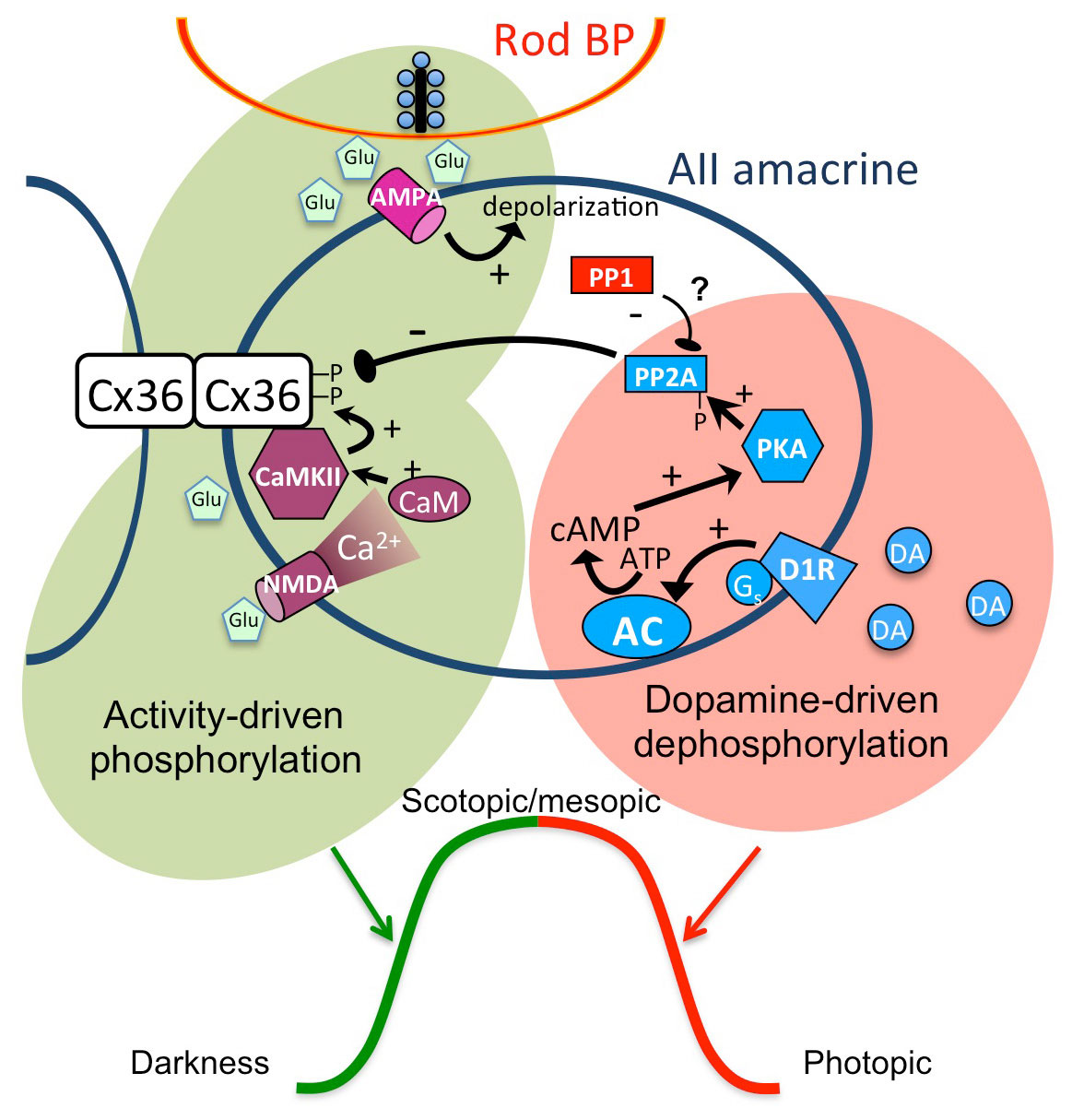